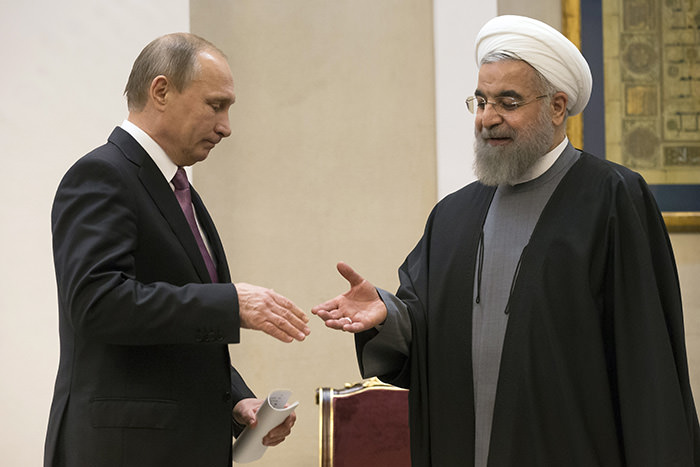 by Daily Sabah with AFP Dec 22, 2015 12:00 am
Russia will start constructing two nuclear reactors in Iran next week, the spokesman for the Iranian atomic agency said Tuesday.

It comes a year after Tehran signed a contract with Moscow to build two reactors at the existing Russian-built Bushehr power plant in southern Iran.

Work on the two reactors "will commence next week," the state television website quoted Behrouz Kamalvandi as saying.

A series of agreements signed between the two countries last year foresees eventually increasing the total number of Russian-built reactors in the country to nine.

The start of construction follows a historic deal between Iran and world powers in July that ends a decade-long standoff over Tehran's nuclear programme.

The accord does not limit Iran's development of civilian nuclear sites.

Iran will export most of its enriched uranium to Russia in the coming days as it rushes to implement a nuclear deal and secure relief from international sanctions, Tehran's nuclear chief was quoted as saying on Dec.19.

"In the next few days around nine tonnes of Iran's enriched uranium will be exported to Russia," nuclear chief Ali Akbar Salehi was quoted as saying by state news agency IRNA. That is roughly the amount that Iran must export to bring its stock down to the required level.

Iran plans to build 20 more nuclear plants in the future, including four in Bushehr, to decrease its dependence on oil and gas.

The two countries have recently allied to prop up Syria's Bashar al-Assad against opposition gruops. Russia claims to be targeting Daesh , however, the E.U., the U.S., and the rights groups claim that Russian airstrikes have been targeting civilians in non-Daesh areas as well as moderate opposition forces.
Last Update: Dec 22, 2015 5:58 pm
RELATED TOPICS