Despite ban, Iranians consume 60 million liters of alcohol each year 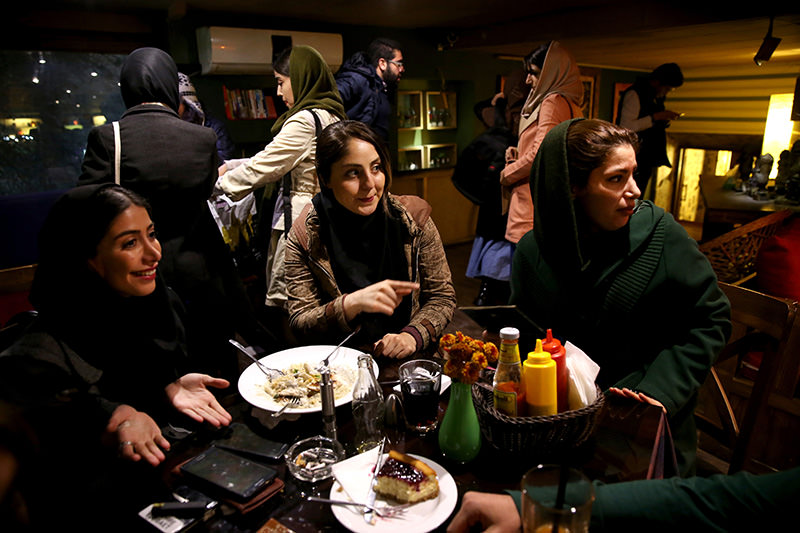 Iranian women at a cafe in downtown Tehran, Iran, Tuesday, Dec. 8, 2015. (AP Photo)
by German Press Agency - DPA Jan 02, 2016 12:00 am
People in Iran drink 60 million liters of alcohol a year, despite it being banned in the country, according to data collected by a committee from the Ministry of Labour and Social Affairs.

Both the sales and consumption of alcohol are banned in the republic. Punishment can range from heavy fines to lashings for repeat offenders.

But a recent report from the ministry found that these deterrents have little effect. The Iranian black market is filled with a wide range of alcoholic drinks, albeit at bloated prices.

Many opt instead for brewing their own illegal spirits or wine at home.
Last Update: Jan 03, 2016 2:33 pm
RELATED TOPICS