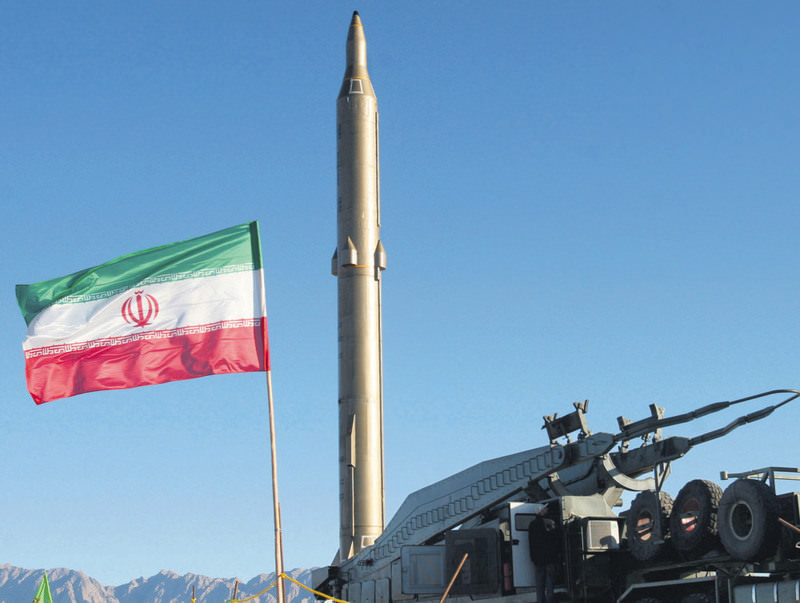 As tensions between Washington and Tehran escalate over Iran's missiles testing of capable of delivering a nuclear warhead, Iran announced that it will expand the program while the U.S. decided to delay new sanctions

Iranian President Hassan Rouhani ordered his defense minister on Thursday to expand Iran's missile program, in defiance of a U.S. threat to impose sanctions over a ballistic missile test Iran carried out in October. Under a landmark agreement it clinched with world powers in July, Iran is scaling back a nuclear program that the West feared was aimed at acquiring atomic weapons, in return for an easing of international sanctions. It hopes to see these lifted early in the New Year. But sources familiar with the situation said on Wednesday that Washington is preparing new sanctions against international companies and individuals over Iran's testing of a medium-range Emad rocket on Oct. 10. The escalating dispute centers on the types of missile that the Islamic Republic is allowed to develop and whether they are capable of, or designed to, carry nuclear warheads. "As the U.S. government is clearly still pursuing its hostile policies and illegal meddling ... the armed forces need to quickly and significantly increase their missile capability," Rouhani wrote in a letter to Defense Minister Hossein Dehghan, published by the state news agency, IRNA. "The defense ministry, with the support of the armed forces, is tasked with putting in place new programs by all available means to increase the country's missile capability," he added. Iranian officials have said the Supreme Leader, Ayatollah Ali Khamenei, would view such penalties as violating the nuclear accord. Earlier on Thursday, Iranian Foreign Ministry spokesman Hossein Jaber Ansari condemned the U.S. plans to impose additional sanctions as "arbitrary and illegal".

U.S. officials have said the Treasury Department retains a right under the nuclear deal to blacklist Iranian entities suspected of involvement in missile development. However, the White House has delayed imposing new financial sanctions on Iran over its ballistic-missile program, The Wall Street Journal reported on Thursday. On Wednesday, the Journal, citing U.S. officials, said the Obama administration was preparing to sanction nearly a dozen companies and individuals in Iran, Hong Kong and the United Arab Emirates for their role in developing Iran's ballistic-missile program. The U.S. sanctions were expected to be formally announced this week, the newspaper said. The Obama administration is committed to combating Iran's missile program and the sanctions being developed by the U.S. Treasury Department remain on the table, the Journal reported on Thursday, citing U.S. officials. But U.S. officials offered no definitive timeline for when the sanctions would be imposed, the newspaper said. At one point, they were scheduled to be announced on Wednesday morning in Washington, according to a notification the White House sent to Congress, the Journal reported. Imposing such penalties would be legal under the landmark nuclear agreement forged between global powers and Iran in July, the officials said, according to the Journal.

A senior US official confirmed to dpa Thursday that additional sanctions were under consideration, but did not provide details about what those sanctions might entail. "We've been looking for some time¿ at options for additional actions related to Iran's ballistic missile program based on our continued concerns about its activities, including the October 10th launch," the official said on condition of anonymity.

Iranian Foreign Minister Mohammad Javad Zarif also questioned the US approach to the manner in a New Year's message released on Twitter. "A lot was accomplished in 2015 with diplomacy," he wrote, referring to the nuclear deal. He went on to say that people should learn from history and "repeat the successes, but not the failures."

Although Iran's ultimate authority, Khamenei, explicitly endorsed the nuclear accord in October, he warned that new sanctions, under any pretext, would constitute a violation. The deal is due to come into effect on "Implementation Day", expected in January, or soon after, when U.N. monitors sign off that Iran has applied major curbs to its nuclear program.

A team of U.N. sanctions monitors said in a confidential report seen by Reuters on Dec. 15 that the Emad rocket tested by Iran was a ballistic missile capable of delivering a nuclear warhead, making it a violation of a U.N. Security Council resolution. Ballistic missiles follow a high, arching trajectory before falling under gravity to their target, unlike low-flying cruise missiles. Ballistic tests by Iran are banned under Security Council resolution 1929, which dates from 2010 and remains valid until the July nuclear deal between Iran and world powers goes into effect. Once it does, Iran will still be "called upon" not to undertake any ballistic missiles work designed to deliver nuclear weapons for a period of up to eight years, according to a Security Council resolution adopted in July, right after the nuclear deal.

The tensions are escalated between the countries as the U.S. on Wednesday accused Iran of launching a "highly provocative" rocket test last week near its warships and commercial traffic passing through the Strait of Hormuz.
RELATED TOPICS