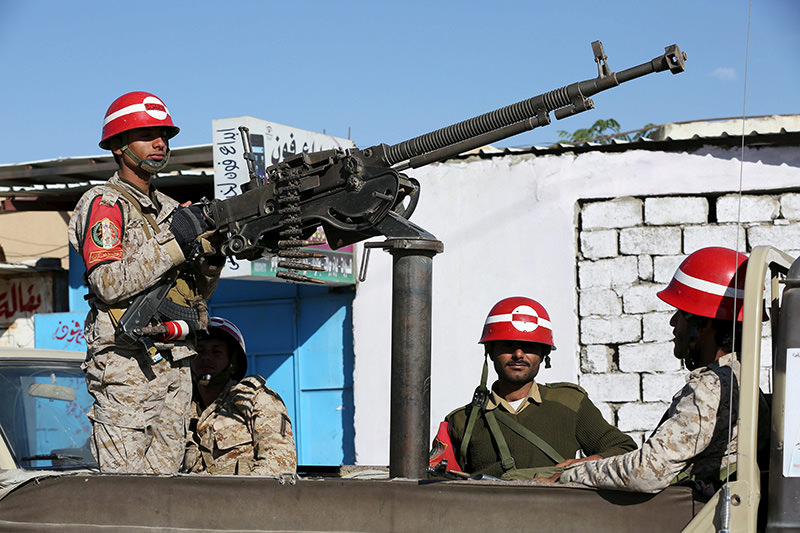 by Daily Sabah with Agencies Jan 02, 2016 12:00 am
A Saudi-led coalition battling Iran-backed rebels in Yemen announced the end Saturday of a ceasefire that had been violated on a daily basis since it was declared last month.

The "coalition leadership announces the end of the truce in Yemen starting from 1400" (1100 GMT) on Saturday, the alliance said in a statement carried by the official Saudi Press Agency.

The ceasefire announced on December 15 had been ended due to continuous rebel "attacks on the kingdom's territories by firing ballistic missiles towards Saudi cities, targeting Saudi border posts, and hampering aid operations," it said.

The rebels have also "continued to shell residents and kill and detain Yemeni civilians in cities under their control," said the coalition.

"All this shows how unserious the militias and their allies are and their disregard for the lives of civilians, and how they have clearly exploited this truce to make gains."

However, the coalition "was and is still eager on creating the suitable circumstances to find a peaceful solution in Yemen," it said.

The United Nations estimates that nearly 6,000 people have been killed in fighting across impoverished Yemen since March, roughly half of them civilians.

Months of UN-brokered mediation efforts have failed to bear fruit, with the latest round of peace talks earlier this month ending without solution.

Rebels and government loyalists accused one another of repeatedly violating a week-long ceasefire designed to coincide with negotiations.

On March 25, Saudi Arabia and its Arab allies began an extensive military campaign targeting Houthi positions across Yemen when the Houthis advanced from their northern strongholds to occupy the capital Sanaa. Riyadh says its air campaign comes in response to appeals by Yemeni President Abd Rabbuh Mansour Hadi for military intervention against the Houthis. The Houthis, meanwhile, denounce the offensive as an unwarranted "Saudi-American aggression" on Yemen.
Last Update: Jan 02, 2016 2:39 pm
RELATED TOPICS