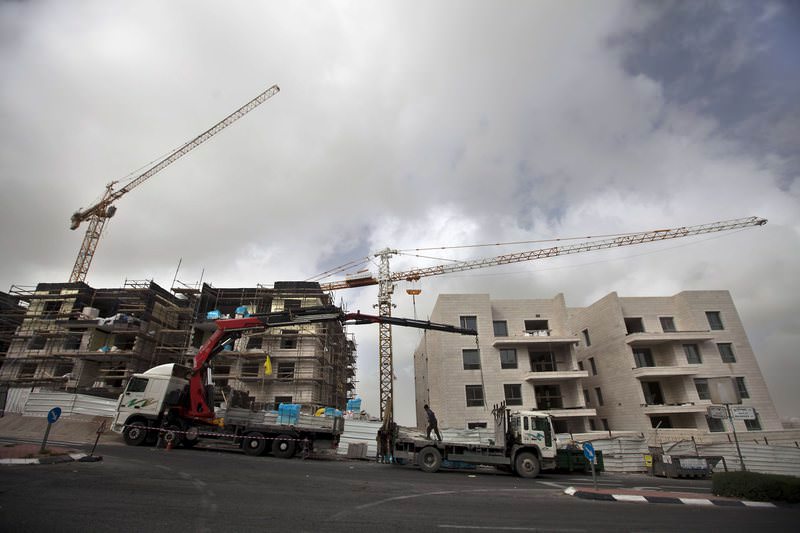 by Agencies Jan 09, 2016 12:00 am
The U.S. State Department on Friday condemned Israel's decision to expand the boundary of an existing West Bank settlement bloc, saying it hinders attempts to reach a peace agreement with the Palestinians.

Israel's defense ministry in late December added a compound in the West Bank to the jurisdiction of the Gush Etzion regional council, near Jerusalem.

State Department John Kirby said Friday that "continued settlement activity and expansion raises honest questions about Israel's long-term intentions and will only make achieving a two state solution much more difficult." He added that the United States remains "deeply concerned" about the move, "which effectively creates a new settlement on 10 acres in the West Bank."

The compound at Gush Etzion is located south of a junction that has been scene to multiple attacks over the past three and a half months.

Hagit Ofran of the Israeli anti-settlement group Peace Now said a settler group bought the compound legally from a church in Sweden. She said it was not clear when people would move in.

"Now the compound is part of the municipality, so it is official," she said, adding that since it no does not belong to any specific existing settlement, her group is calling it "a new settlement."

Israel occupied East Jerusalem during the 1967 Middle East War. It later annexed the historic city in 1980, claiming it as the capital of the self-proclaimed Jewish state-a move never recognized by the international community.

Palestinians accuse Israel of waging an aggressive campaign to "Judaize" the city with the aim of effacing its Arab and Islamic identity and ultimately driving out its Palestinian inhabitants.

About 550,000 Israelis now live in more than 100 Jewish-only settlements built since Israel occupied the West Bank and East Jerusalem in 1967. The Palestinians want these areas, along with the Gaza Strip, in which to establish their future state.
Last Update: Jan 09, 2016 1:00 am
RELATED TOPICS