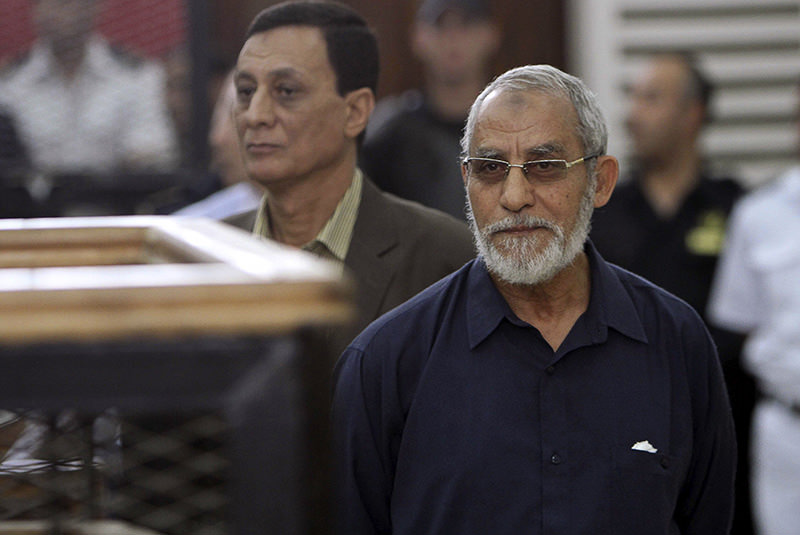 by Anadolu Agency Jan 12, 2016 12:00 am
Mohamed Badie, the jailed leader of Egypt's Muslim Brotherhood group, has been transferred from a prison in southern Cairo to a government hospital to undergo surgery, according to a legal source close to the outlawed group.

Speaking to Anadolu Agency, lawyer Sayyed Nasr said Badie -- who has been sentenced to death by the Egyptian authorities -- had been transferred from Egypt's notorious Aqrab prison on Monday to Cairo's Qasr al-Aini hospital to undergo an urgent surgical procedure.

Badie, he added, was expected to stay at the hospital for several days before returning to prison.

Badie, 72, was arrested by the Egyptian authorities in August of 2013 following a military coup that unseated Mohamed Morsi, Egypt's first-ever freely elected president and a Brotherhood leader.

He was later convicted of having committed "acts of violence" -- charges he and his Brotherhood group have consistently denied.
Last Update: Jan 12, 2016 6:15 pm
RELATED TOPICS