EU, US lift sanctions against Iran after nuclear deal compliance 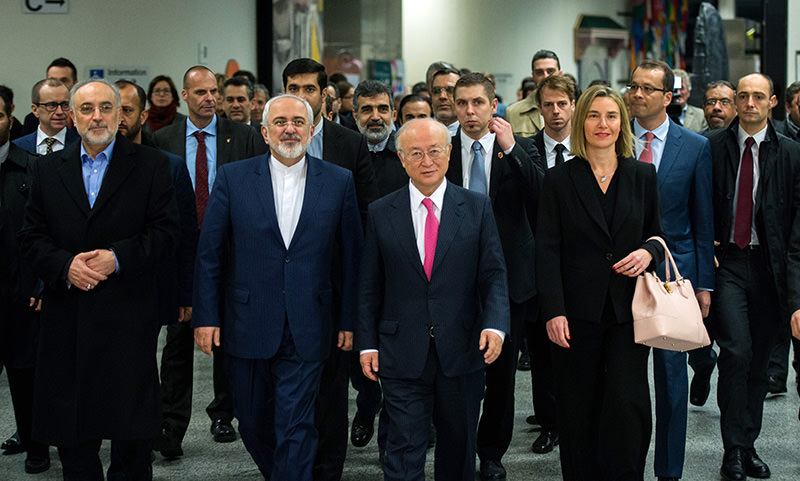 Director Gen. of the IAEA Yukiya Amano (C), EU High Representative for Foreign Affairs
by Compiled from Wire Services Jan 16, 2016 12:00 am
EU and US sanctions targeting Iran's economy and financial sectors are being lifted as the long-sought nuclear deal with the country comes into effect, EU chief diplomat Federica Mogherini said on Saturday, speaking on behalf of six world Powers.

The implementation of the Iran's nuclear deal with the United States, Britain, France, Germany, Russia and China means not only that sanctions are lifted, but that Western countries will cooperate with Iran in the field of civilian nuclear technology, Mogherini says.

The head of the U.N. nuclear agency has confirmed on the same day that Iran has met its obligations under a landmark nuclear deal reached with six world powers.

Certification by the International Atomic Energy Agency will allow Iran to immediately recoup some $100 billion in assets frozen overseas. Iran will also see huge benefits from new oil, trade and financial opportunities after Western sanctions against it are lifted.

IAEA director general Yukiya Amano says Saturday this means "relations between Iran and the IAEA now enter a new phase. It is an important day for the international community. I congratulate all those who helped make it a reality."

"Today, I released a report confirming that Iran has completed the necessary preparatory steps to start the implementation of the Joint Comprehensive Plan of Action. The report was submitted to the IAEA Board of Governors and to the United Nations Security Council," said Amano in his statement released on the official IAEA website.