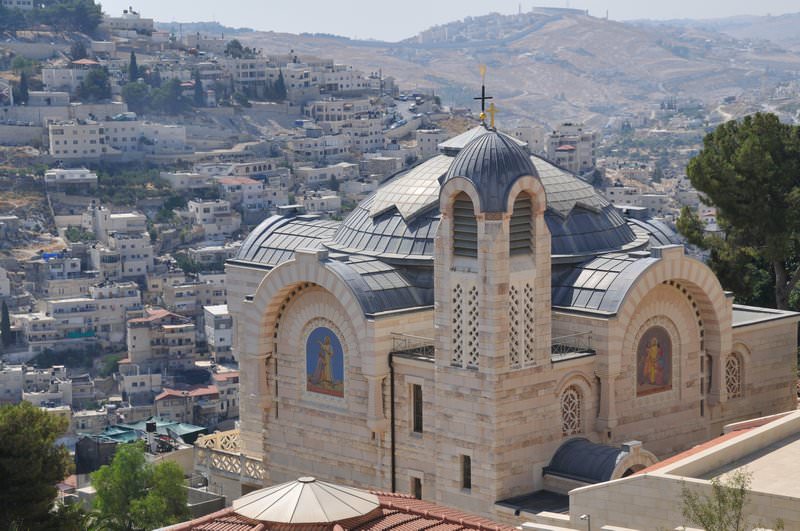 by Associated Press Jan 17, 2016 12:00 am
Israeli police say they have discovered hateful graffiti in Hebrew on the walls of a noted Jerusalem church.

Police spokeswoman Luba Samri said Sunday that anti-Christian slogans were found on the outer walls of the Dormition Abbey in the Old City of Jerusalem.

The church itself says the writing included threats of violence and a call for Christians to "go to hell."

Police are investigating but suspicion immediately fell on Jewish extremists who have for years vandalized Palestinian property, as well as mosques, churches, the offices of dovish Israeli groups and even Israeli military bases. The so-called "price tag" attacks seek to exact a cost for Israeli steps seen as favoring the Palestinians.

That attacks have prompted widespread condemnation and pledges by Israel's government to get tougher on Jewish vigilantes.
Last Update: Jan 17, 2016 12:47 pm
RELATED TOPICS