by Daily Sabah with Agencies Jan 19, 2016 12:00 am
The Daesh terrorist organization confirmed Tuesday the death of a British militant nicknamed the "Jihadi John", saying he was killed in a drone strike in their Syrian stronghold of Raqqa in November. 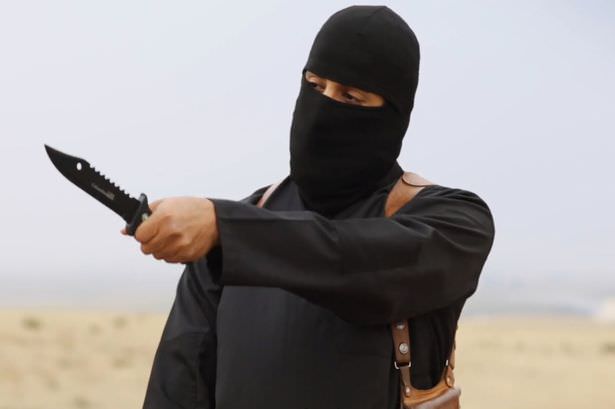 In its online magazine Dabiq, the group said Mohammed Emwazi was killed on November 12 "as the car he was in was targeted in a strike by an unmanned drone in the city of Raqqa, destroying the car and killing him instantly".

Army Col. Steve Warren, a U.S. military spokesman, had said in November that the Army was "reasonably certain" that a drone strike in Syria had killed Emwazi, who spoke in beheading videos with a British accent as he wielded a knife.

Separately, a U.S. official said three drones two U.S. and one British targeted the vehicle in which Emwazi was believed to be traveling in Raqqa, the capital of Daesh's self-proclaimed caliphate in northern Syria. The official said the U.S. drone fired a Hellfire missile that struck the vehicle.

Emwazi was believed to be in his mid-20s when he was killed. He had been described by a former hostage as a psychopath who enjoyed threatening his Western captives.

Spanish journalist Javier Espinosa, who was held in Syria for more than six months after his abduction in September 2013, said the Western hostages were held by three British-sounding captors who were nicknamed "the Beatles." ''Jihadi John" was a reference to John Lennon, Espinosa said.