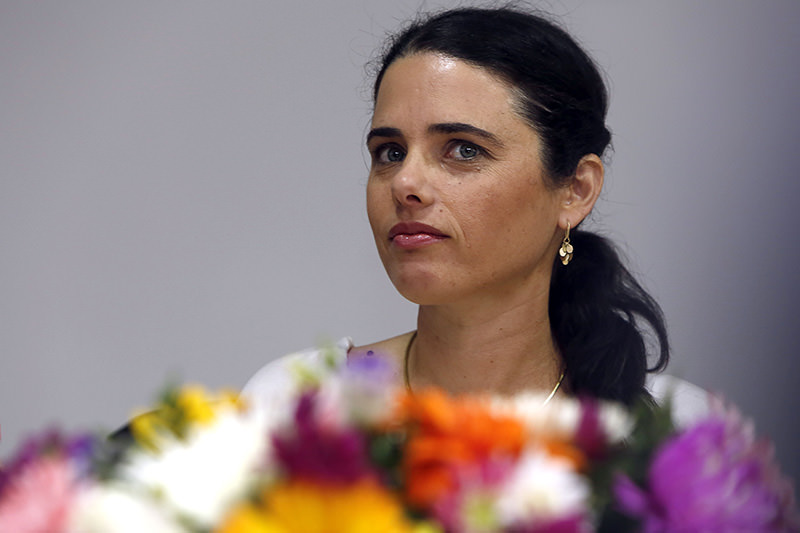 by daily sabah
Jan 20, 2016 12:00 am
Israeli Justice Minister Ayelet Shaked, who gained an international reputation for her controversial remarks against Palestinians, said that it is time for an independent Kurdish state to be founded, which would maintain good relations with Israel.

Speaking at the annual conference of the Institute for National Security Studies (INSS) in Tel Aviv, "We must openly call for the establishment of a Kurdish state that separates Iran from Turkey, one which will be friendly towards Israel," Shaked said, according to the Israeli daily Times of Israel.

"The Kurdish people are a partner for the Israeli people," she claimed, underlining that Israel and the Kurds have a common agenda of defeating the extremist groups in the region.

"The Kurds are an ancient, democratic, peace-loving people that have never attacked any country," she was quoted by the Times of Israel, and she added that Israel must help the Kurds and their cause to gain recognition in the international arena.

Shaked was previously reported by the Jerusalem Post in a conference in September, suggesting strengthening ties between Jewish and Kurdish nations.

Israel and Kurdistan Regional Government of Iraq do not have diplomatic ties, but they maintain strong economic ties and military cooperation against Daesh. Israel is also one of the top buyers of oil extracted from the KRG.
Last Update: Jan 20, 2016 5:46 pm