I would prefer to work with Daesh instead of Iran in Syria: Israeli Defense Minister Yaalon 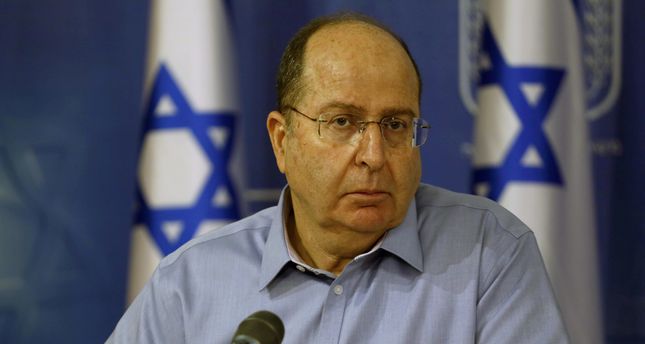 Moshe Yaalon
by Daily Sabah with AA Jan 20, 2016 12:00 am
Israeli Defense Minister Moshe Yaalon said on Tuesday that Iran is currently Israel's "archenemy" as in the past, and that if he was asked to choose to work with either Iran or the Daesh terrorist organization in Syria, he would choose the latter, according to a news report published in Tel Aviv-based daily Yedioth Ahronoth.

The daily reported that Yaalon made the comments during a conference organized by the Israeli Institute for National Security Studies (INSS) in Tel Aviv.

"If I was asked to prefer either Iran or Daesh [in Syria], I would choose to work with Daesh," the minister said, claiming that Iran will in the near future sign agreements on the purchase of weapons worth billions of dollars, in order to support its extensions in the region.

Yaalon said Iran has currently a "terror infrastructure" in Africa, Asia, Europe and America, declaring the country Israel's "archenemy as in the past."

"Iran tried to open a terror front against us on the Golan Heights," the Israeli minister said in reference to Hezbollah's plan to attack Israel.
Last Update: Jan 20, 2016 12:58 pm
RELATED TOPICS