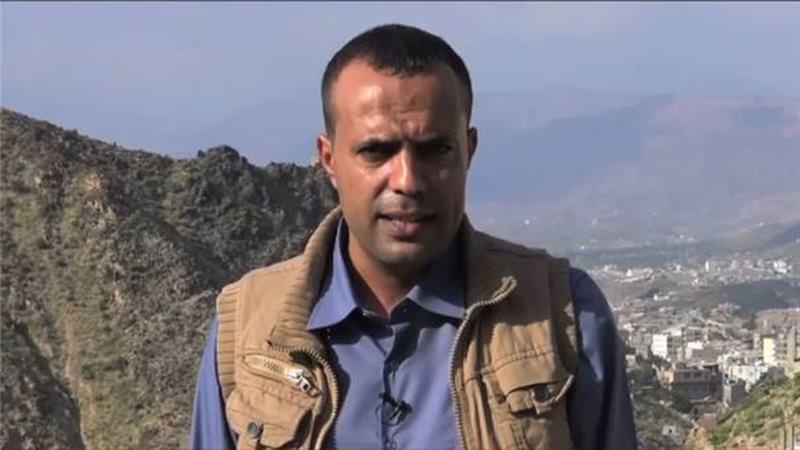 by Daily Sabah with Wires Jan 21, 2016 12:00 am
Qatari television network Al-Jazeera said on Thursday in a statement that one of its journalists had gone missing in the battleground of Yemeni city Taez and that it suspects he was kidnapped.

"Al Jazeera Arabic correspondent, Hamdi Al-Bokari and his crew Abdulaziz Al-Sabri and Moneer Al-Sabai were last seen on Monday night," the network said. The correspondent and his team were covering the fighting between the loyalists of President Abedrabbo Mansour Hadi and Shiite militants.

Dr Mostefa Souag, Acting Director General of Al Jazeera Media Network said in the statement that they call for the immediate release of their colleagues Hamdi Al-Bokari, Abdulaziz Al-Sabri and Moneer Al-Sabai.

"They were covering events in the besieged city of Taiz reporting on the human cost to the conflict. Our colleagues were simply doing their job of reporting the story and informing the world on what is taking place in Yemen. Al Jazeera holds their abductors responsible for their safety and security," he added.

The network also said in the statement that there were indications that the Yemeni reporter and his team had been "kidnapped by unknown persons".

The Qatari-funded news channel, whose reporting of the 2011 Arab Spring uprisings won it millions of viewers in the Middle East, has seen several of its journalists detained and killed in recent years in conflicts across the region.

In December, it said a cameraman had died of his injuries several days after being shot and wounded in the flashpoint Syrian province of Homs.

The city of Taez is under the control of Yemen's internationally recognised government, but it has been besieged by Iran-backed Shiite militants for months.

The Houthi Shiite rebels overran Sana'a more than a year ago, forcing the government of President Hadi to flee the capital for second city Aden and then abroad.

Hadi loyalists backed by a Saudi-led coalition have been fighting back, and for weeks they have been trying to retake Taez and pave the way towards the rebel-held capital.

More than 5,800 people have been killed in Yemen since March, about half of them civilians, according to the UN.