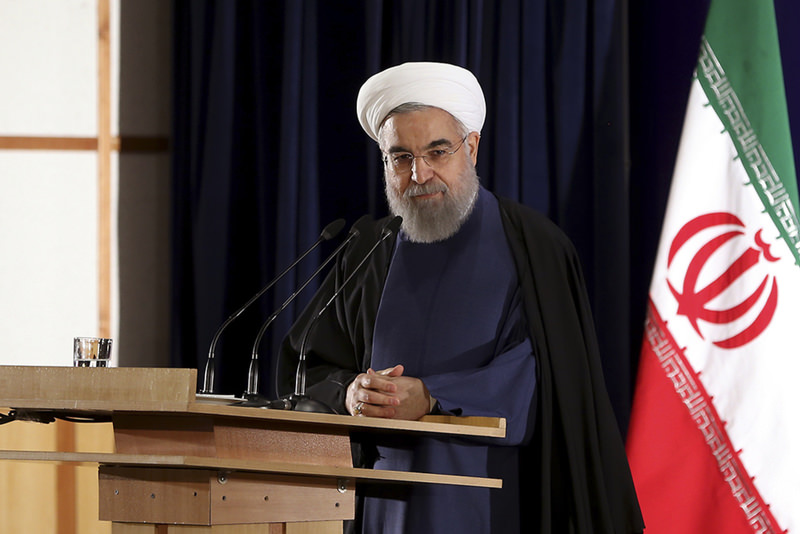 Reportedly, the Guardian Council only allowed 30 of 3,000 reformist candidates while Iranian President Rouhani objected to their exclusion from the Iranian parliamentary election

Supreme leader Ayatollah Ali Khamenei said on Wednesday those opposed to the values of Iran's Shiite theocracy should not be allowed to run for parliament, signaling a rift between him and its moderate president over the February elections. President Hassan Rouhani engineered the implementation of Iran's nuclear accord with world powers this month, including the lifting of sanctions on Tehran, hoping to parlay that success into a majority for his supporters in parliament and the Assembly of Experts, the body that will pick the next supreme leader. Almost 12,000 candidates have registered for the Feb. 26 elections in the Islamic Republic, where the 290-seat parliament and 88-member assembly have long been dominated by conservatives close to Khamenei.

But Iranian media reports indicate the Guardian Council, a vetting body made up of clerics and jurists, has disqualified the majority of candidates close to Rouhani and reformists keen to increase freedom of expression in Iran. "The primary reports I've received did not make me happy at all," Rouhani told a news conference on Monday. "I will use all my power to protect the rights of candidates." Rouhani said he was obliged as president to hold a free and fair election and referred to recent comments by the clerical supreme leader inviting all Iranians to cast their vote. But in a meeting on Wednesday with officials involved in organizing the elections, Khamenei, who wields the final say on all high matters of state in Iran, made it clear he did not agree with Rouhani on who should be able to take seats in parliament. "I said that even those who oppose the Islamic Republic should take part in the election," he said, underlining his wish for a high turnout to convey popular support for the system. "(But) this does not mean that opponents of the Islamic Republic should be elected to parliament... Only those who believe in the Islamic Republic and its values should be allowed to enter parliament," Khamenei said. "Even in America, which cla ims it is the land of freedom and some people naively accept that, during the Cold War those with the slightest socialist leaning would have been marginalized."

Ahmad Jannati, the hardline conservative head of the Guardian Council, assured Khamenei at the same meeting that its consideration of candidates' qualifications would be done "carefully and will not be affected by any pressure." Hossein Marashi, a reformist politician, told ILNA news agency 3,000 reformists had registered for the election so far but only 30 had seen their candidacies certified. "On this basis only 1 percent of reformists were approved," he said. "The Guardian Council has ruined the joy that arose from the lifting of sanctions," Shahrbanoo Amani, a former reformist deputy and now disqualified candidate told Fars news agency. Disqualified candidates can appeal against the decision with the Guardian Council reviewing their cases within a week.

Reformists have been largely sidelined since the disputed 2009 re-election of hardline conservative president Mahmoud Ahmadinejad, when the movement alleged widespread ballot fraud. In a sign of their discontent, few politicians from the reformist camp stood in Iran's last parliamentary election in 2012. But the movement has regrouped since Rouhani, a moderate cleric, took office in 2013, raising hopes of a comeback. The vast rejection of reformist candidates on Monday, however led to claims next month's vote would not be credible.

Rouhani is lobbying for more free and fair elections in Iran, saying moderate and reformist political factions should also be allowed to run in next month's parliamentary elections. His speech on Thursday was a stab at Iran's constitutional watchdog, which has disqualified large numbers of moderates and reformists from running. Rouhani said that "the parliament is the house of the people, not a particular faction." He said that while religious and other minorities - such as Jews, Christians and Zoroastrians, whose combined population in Iran numbers less than 500,000, each have four members in parliament, larger groups should also be represented. Rouhani asks, "What about a faction that has up to 10 million supporters," a reference to the estimated number of supporters of moderates and reformists. "It is called the House of the Nation, not the house of one faction," he said to loud applause, implying that not only conservatives should contest the election. "We must create hope, enthusiasm, competition. If there is one faction and the other is not there, they don't need the Feb. 26 elections, they go to the parliament," Rouhani added, laughing.

Iran's success in winning an end to international sanctions in exchange for curbing its disputed nuclear program is expected to intensify a power struggle within an elite split into conservative and moderate-reformist factions. Khamenei grudgingly allowed Rouhani to negotiate the nuclear deal after he won a landslide election in 2013 on a pledge of easing Iran's isolation abroad and repression at home. But hardliners now fear that voters, hoping living standards can rise with sanctions out of the way, will reward pro-Rouhani candidates in the elections, with the vote for the Assembly of Experts in particular crucial in shaping Iran's future path.
RELATED TOPICS