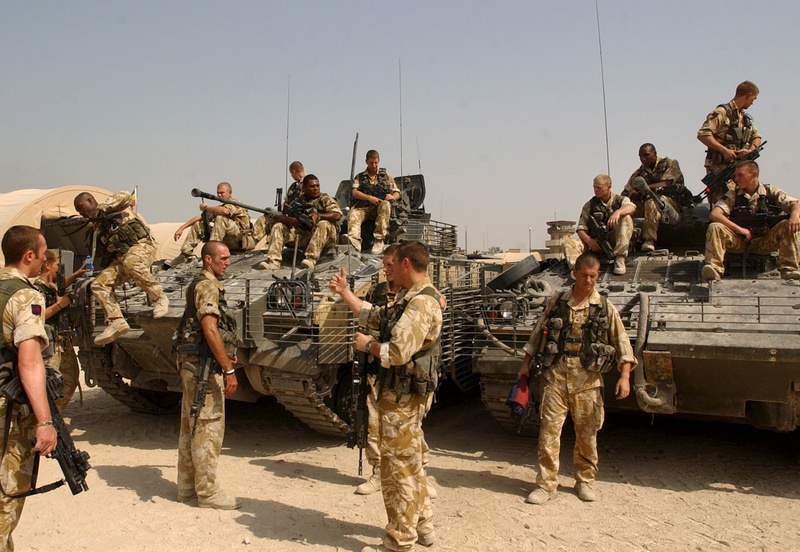 by Daily Sabah with AFP Jan 24, 2016 12:00 am
Almost 60 investigations into British soldiers accused of unlawful killings human rights abuses during the war in Iraq have been dropped, defence ministry officials said Sunday.

The Iraq Historic Allegations Team (IHAT), set up to investigate allegations by Iraqi civilians of abuse by British soldiers between the US-led invasion in 2003 and 2009 when British combat troops left, has decided not to proceed in 57 cases.

It follows an announcement by Conservative Prime Minister David Cameron of proposals to stop returned soldiers "being hounded by lawyers over claims that are totally without foundation".

Cameron accused lawyers of creating "an industry trying to profit from spurious claims lodged against our brave servicemen and women who fought in Iraq" on Friday.

However Nicholas Mercer, the army's former chief legal advisor in Iraq, said 326 cases had already been settled "on merit", at a cost of £20 million ($28.5 million, 26.4 million euros), suggesting widespread problems.

"One of the allegations is that there was systemic abuse of Iraqi prisoners after they were captured," Mercer told Channel 4 news.

"Clearly this isn't just one or two bad apples, as they have been characterised, this is on a fairly large and substantial scale."

He accused Cameron's government of "hijacking this to have a go at lawyers who are bringing cases against them".

Currently, IHAT lists 1,329 vases under investigation, including allegations of ill treatment while in detention, unlawful killings and accusations of assault.
Proposals to curb lawsuits deemed "spurious" include requiring claimants to have lived in the United Kingdom for 12 months, and curtailing so-called "no win, no fee" arrangements by which lawyers are only paid if the lawsuit is successful.