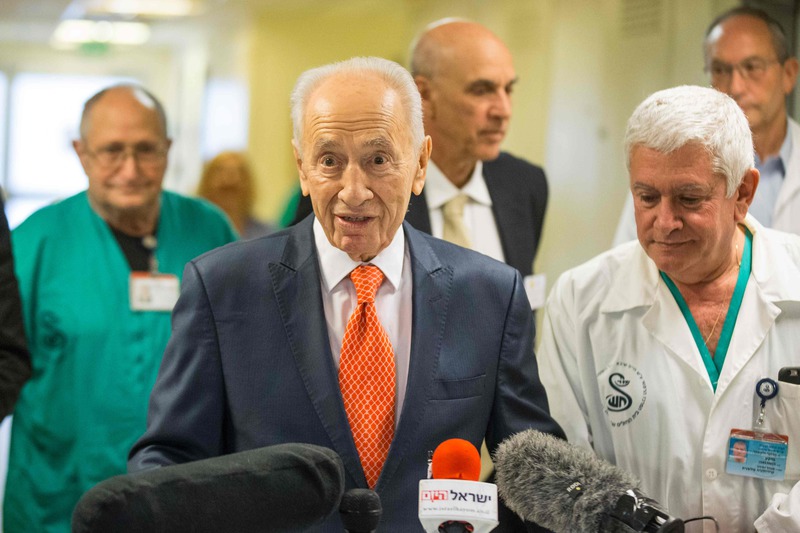 by French Press Agency - AFP Jan 24, 2016 12:00 am
Former Israeli president Shimon Peres was rushed to hospital on Sunday after feeling chest pains and being diagnosed with an "irregular heartbeat", a spokeswoman said.

Peres will stay overnight at a Tel Aviv hospital "for observation and testing", she said in a statement, just 10 days after the 92-year-old suffered a mild cardiac event and underwent catheterisation to widen an artery.

On Tuesday, Peres had been released from the Sheba hospital. He was forced to cancel a planned trip the following day to the World Economic Forum in Davos, where he had scheduled 15 meetings with world leaders and international officials.