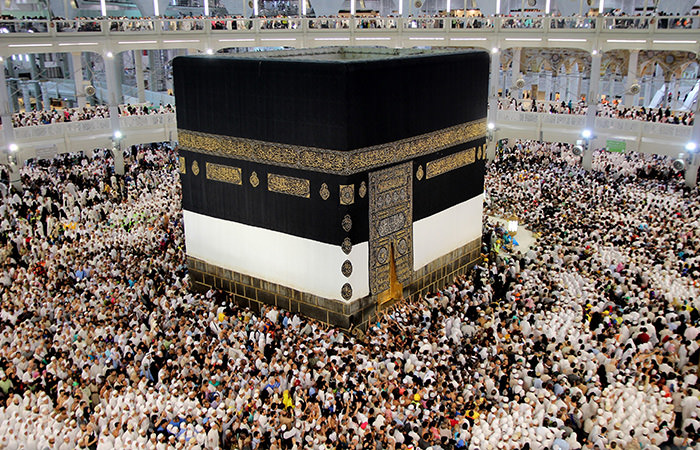 "Any Muslim is welcome in Mecca and Medina... and this includes the Iranian pilgrims," Adel al-Jubeir told reporters.

He said the political crisis between the Sunni-ruled kingdom and its predominantly Shiite rival "has nothing to do at all" with the annual hajj pilgrimage or the lesser pilgrimage known as Umra.

The rites draw millions of faithful from around the world each year.

In January, protesters burned Riyadh's embassy in Tehran and a consulate in Iran's second city of Mashhad to protest the Saudi execution of a prominent cleric from the minority Shiite community.

Saudi Arabia and some of its allies cut diplomatic ties with Iran as a result.

At a joint news conference Thursday with visiting German Foreign Minister Frank-Walter Steinmeier, Jubeir repeated accusations that Iran's "hostile policies" in the region for more than three decades led to the current situation.

The two countries support opposite sides in the wars in Syria and Yemen. Iran has also consolidated its influence in Iraq and Lebanon.

A stampede during the hajj last September that killed about 2,300 foreign pilgrims, including hundreds of Iranians, added to tensions.
Last Update: Feb 04, 2016 5:22 pm
RELATED TOPICS