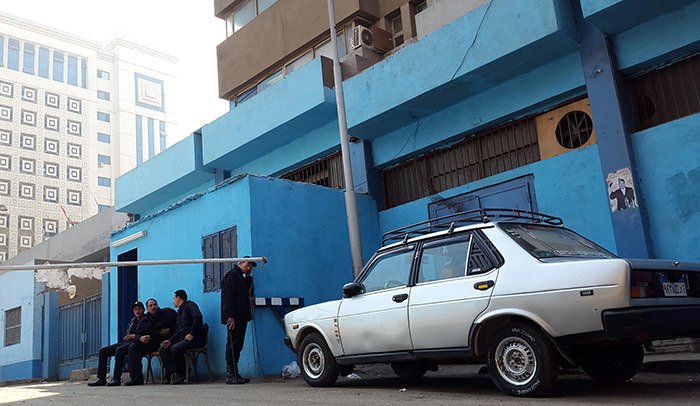 Egyptian soldiers guard outside a morgue, where the body of Italian student Giulio Regeni was brought, in Cairo, Egypt, 04 February 2016 (EPA Photo)
by Feb 04, 2016 12:00 am
Italy wants Egyptian authorities to shed "full light" on the death of Giulio Regeni, a PhD student who went missing last week and whose body was identified Thursday, the Foreign Ministry in Rome said.

Regeni, an Italian researcher at Britain's Cambridge University, was reported missing on January 25 after he had left the house of a friend in downtown Cairo. His corpse was recognized by the Italian ambassador to Egypt, a local security source said.

"Italy expects from Egyptian authorities maximum cooperation at all levels, given the extraordinary gravity of what happened to our countryman, and traditionally friendly and close relations between the two countries," a statement in Rome said.

It was issued after the ministry's secretary general, Michele Valensise, summoned Cairo's ambassador to Rome, Amr Mostafa Kamal Helmy, to express "dismay," demand the immediate repatriation of the body, and repeat requests for joint Italian-Egyptian investigations.

The reason for the 28-year-old's death was not immediately clear, and no group has yet claimed responsibility.

Italian Minister of Economic Development Federica Guidi, who was visiting with a delegation of businessmen, cut short her visit upon receiving the news, departing Cairo at dawn, according to airport sources.