103 Iraqis return home from Europe after not finding jobs, getting homesick 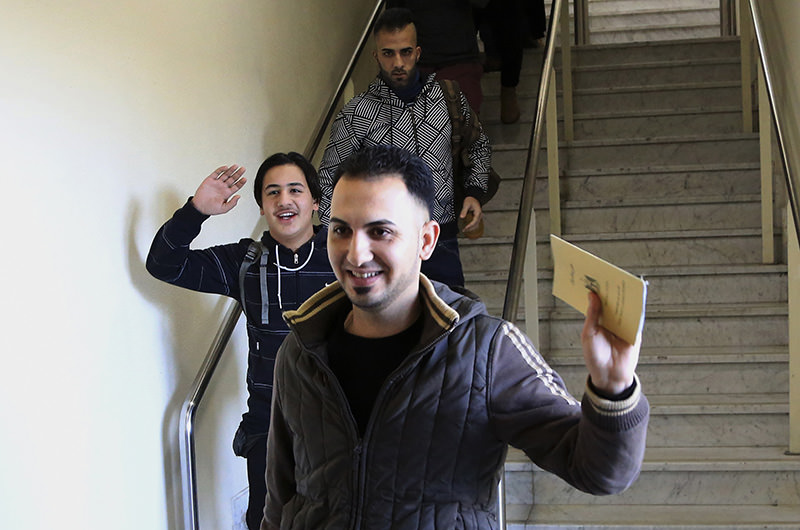 Iraqis arrive from Europe at Baghdad International Airport, Feb. 18, 2016 (AP)
by Associated Press Feb 18, 2016 12:00 am
An Iraqi government spokesman says dozens of Iraqis who sought refuge in Europe have returned to the country.

The Foreign Affairs Ministry spokesman, Ahmed Jamal, says 103 migrants returned home on Thursday amid emotional scenes at the Baghdad International Airport, where some of the returnees were kneeling and kissing the ground. Many were seen holding "yellow passports" documents given by Iraqi embassies to those wishing to return home.

Since last year, many Iraqis have joined the tide of migrants trying to reach Europe and fleeing war and poverty across Africa, the Middle East and South Asia.

Jamal says Thursday's returnees all came from Finland and that more groups are to follow. He didn't elaborate. Turkey and Greece are is the main gateways for migrants fleeing to Europe.
Last Update: Feb 18, 2016 4:59 pm
RELATED TOPICS