Sunnis reject Shiite role in plan to take back Mosul 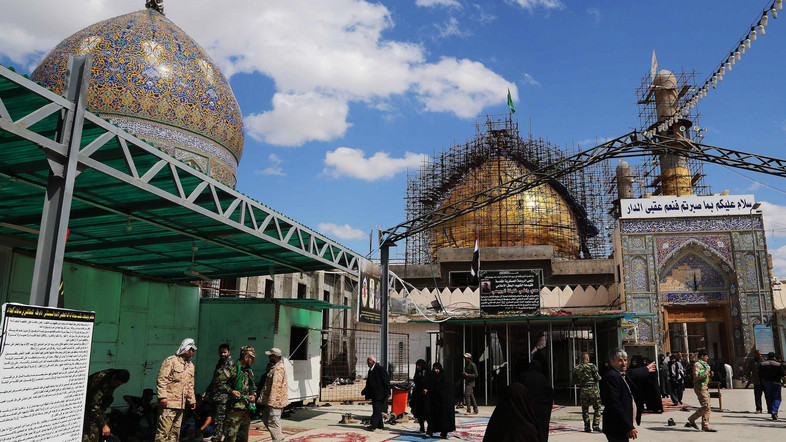 by Anadolu Agency Feb 21, 2016 12:00 am
A leading member of Iraq's Sunni-Muslim Mutahidun coalition on Sunday warned against the proposed participation of Shiite militias in an anticipated offensive aimed at recapturing the northern city of Mosul from the Daesh militant group.

"The people of Nineveh [the province of which Mosul is the regional capital] fear the participation of Shiite militias in the liberation of Daesh-held areas," Sajda Mohamed told Anadolu Agency.

She went on to assert that Shiite militiamen had earlier committed reprisals against Sunni residents after expelling Daesh militants from the Iraqi provinces of Diyala and Salahuddin.

The Iraqi government is currently preparing a major offensive aimed at regaining control of Mosul, which fell to Daesh militants in the summer of 2014.

Prime Minister Haidar Abadi's State of Law coalition said the country's military leadership would decide who would participate in the planned offensive.

On Friday, Abadi announced that pro-government Shiite militiamen would be part of the campaign to retake Mosul.

The Sunni Mutahidun coalition, however, has strenuously warned against the plan.

In a statement, the coalition argued that the participation of Shiite militias would turn the offensive into a "sectarian battle [between Sunnis and Shiite] that will play into Daesh's hands".
Last Update: Feb 21, 2016 5:42 pm
RELATED TOPICS