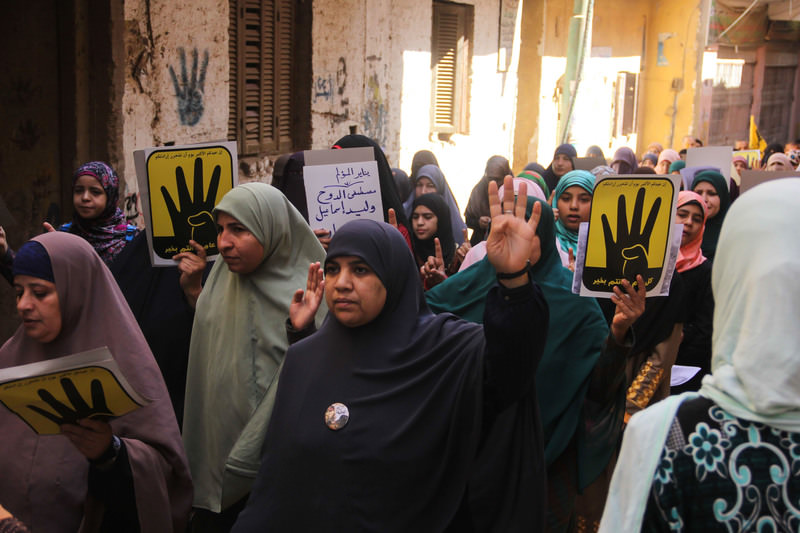 According to Anadolu Agency correspondents and eyewitnesses, demonstrations were held in the provinces of Giza, Damietta, Fayoum, Minya, Beni Sueif, Sharqiya, Daqahlia and Menoufiya.

Protesters demanded the release of hunger-striking prisoners and decried the low standard of living in Egypt.

Many demonstrators shouted slogans against the Egyptian regime and held pictures of Mohamed Morsi, Egypt's first democratically elected president and a Muslim Brotherhood leader, who was removed from office in a 2013 military coup.

On Thursday, the Brotherhood-linked National Alliance for the Defense of Legitimacy called for a week of protests to show solidarity with hunger-striking prisoners.

Egypt has been dogged by political turmoil since mid-2013, when the military overthrew Morsi and launched a brutal crackdown on his supporters.
Last Update: Mar 04, 2016 8:38 pm
RELATED TOPICS