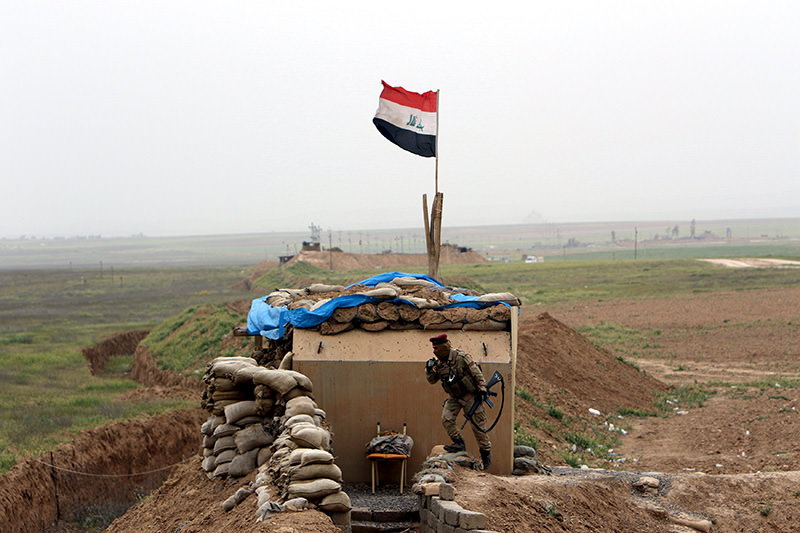 Iraqi forces cleared roadside bombs and booby traps Friday in villages from which they ousted militants a day earlier south of Mosul, the Daesh terror organization's main hub in the country, officials said.

Soldiers and allied paramilitary forces sealed their grip on four villages between Makhmur and Daesh-held Qayyarah, about 60 kilometers (35 miles) south of Mosul.

The army Thursday described the operation in which these villages were retaken as the first phase of an offensive to recapture Nineveh province and its capital Mosul.

"The significance of these recaptured areas is their strategic location... that can protect the command center in Makhmur from rocket fire," he said.

An American marine was killed and several wounded last week when a rocket struck a base near Makhmur where US forces are deployed to provide "force protection" to Iraqi forces.

An officer with the Kurdish peshmerga forces stationed in Makhmur said there were no advances on the ground on Friday.

"The second phase of this operation will be to throw bridges across the Tigris towards Qayyarah and villages around it," Ameen said.

Makhmur is east of the Tigris, while Qayyarah -- which includes an oil facility and an old air base -- lies on the western bank of the river.

"This next battle will be complicated because it will have to avoid causing casualties among the civilians living in the area," he said.

"I call on the Iraqi government to invite volunteers to join the Hashed, to increase manpower, hold and control areas that will be liberated in the future," he told AFP.

Operations to retake Mosul, the largest urban center in Deash-held parts of Iraq and Syria captured in 2014, are expected to be long and difficult.

Iraqi Prime Minister Abadi has vowed to take the country's second city back by the end of the year but senior US officials have argued that is unlikely.