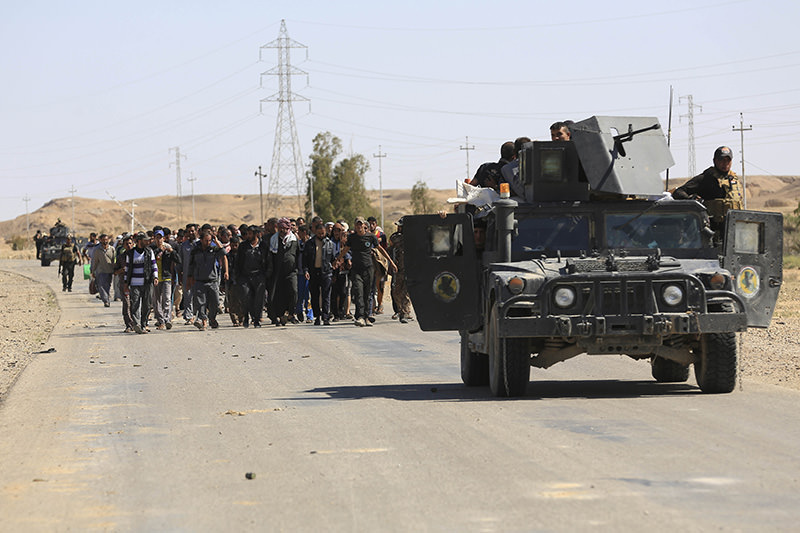 Iraqi forces say they have entered the town of Hit located in western Iraq, a week after launching an operation to retake the town from Daesh terror organization.

Commanders on the scene from Iraq's elite counterterrorism forces, who are leading the offensive, said Monday they are clearing Daesh fighters from Hit's northern neighborhoods as they push toward the town center.

Located on the southern bank of Euphrates River, Hit lies along a Daesh supply line that links the militants in Iraq to those in Syria.

Thousands of civilians are fleeing as Iraqi troops advance under cover of heavy airstrikes and artillery fire. Families, many with small children and elderly relatives, say they walked for hours through desert littered with roadside bombs to escape the violence. Iraq's counterterrorism forces estimate more than 20,000 civilians are trapped inside the town.

The capture of Hit by Iraqi forces would the second major blow to Daesh in central parts of the country following the capture of Ramadi in December 2015.