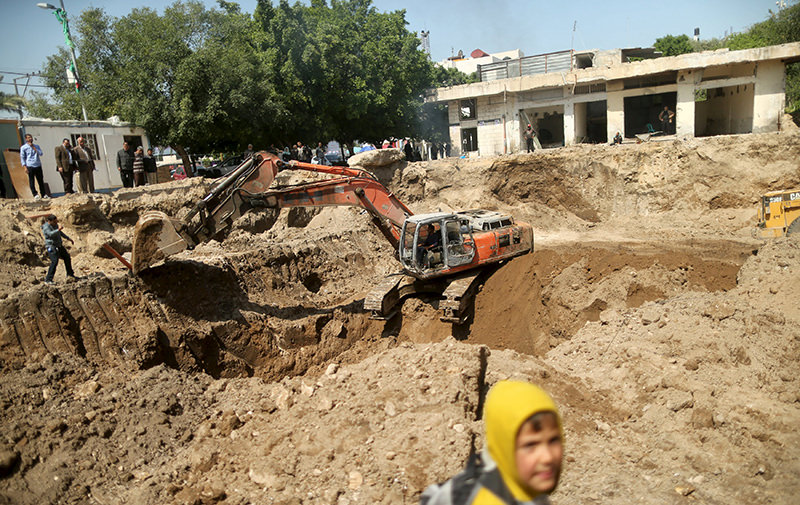 An excavator operates at the site where ancient ruins, which archaeologists say may be part of a Byzantine church or cathedral dating from around 1,500 years ago, were found in Gaza City April 4, 2016 (Reuters Photo)
by Associated Press Apr 05, 2016 12:00 am
Palestinian tourism officials say construction workers in the Gaza Strip have discovered what they believe to be a Christian religious site from the Byzantine era.

Heyam al-Bitar, research director for the Hamas-run Tourism and Antiquities Ministry, said on Tuesday that the discovery included remnants of marble Corinthian pillars, foundations and crowns, some of them with a Greek cross.

She says the ruins likely belong to a church-like structure that existed in what is now Gaza City. She says they date back to the sixth century, and are characteristic of the era of Emperor Justinian.

The items were discovered during construction of a shopping center. The antiquities are to be taken to the ministry's museum for further study.