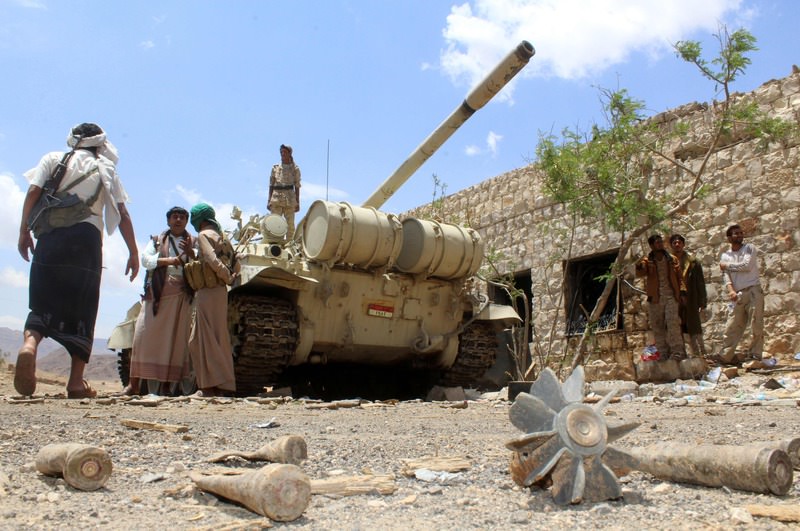 A UN-brokered ceasefire was due to take effect in Yemen late on Sunday ahead of a new attempt to reach a lasting peace deal in the war-wracked Arabian Peninsula country.

The Saudi-led coalition that has waged an air and ground campaign against Iran-backed Houthis since March last year said in a statement it would respect the truce, the fourth since it intervened.

During the countdown to the midnight (2100 GMT) ceasefire, there were sporadic clashes around the Houthi-held capital Sanaa, although the city itself was quiet.

Chaos has ruled Yemen since the Houthis overran Sanaa in September 2014 and later advanced to other regions, prompting the Saudi-led campaign in support of President Abedrabbo Mansour Hadi.

It is hoped the new ceasefire will form the cornerstone of a long-lasting peace deal that can be hammered out between the country's warring parties from April 18 in Kuwait.

"The Arab coalition is going to respect a ceasefire in Yemen starting from midnight Sunday at the demand of President Hadi but reserves the right to respond" to any rebel attacks, the coalition statement said.

There was no immediate word from the rebels.

Ahead of the planned ceasefire, Houthis and their allies exchanged mortar and artillery fire with pro-Hadi forces in the Sarwah region of Marib province east of Sanaa, an AFP correspondent said.

"But if the Houthis attack us, the situation will return to what it was" before the truce, he warned.

The planned truce was only agreed by the warring sides after months of shuttle diplomacy by UN envoy Ismail Ould Cheikh Ahmed.

The Houthis and Hadi's government said this week that they have submitted their observations to the UN mediator on the terms of the ceasefire, which will test their willingness to negotiate a peace deal in Kuwait.

"We will go to the consultations (in Kuwait) to achieve peace," Hadi reiterated on Saturday, insisting however that the rebels must commit to UN Security Council Resolution 2216 calling for their withdrawal from seized territory and disarmament.

Previous UN-sponsored negotiations failed to make any headway, and a ceasefire in December was repeatedly violated and eventually abandoned by the Arab coalition on January 2.

Analysts are more optimistic this time after mediation efforts have largely silenced guns along Yemen's border with Saudi Arabia, and a Houthi delegation has also visited Riyadh for talks.

The UN says more than 6,300 people have been killed in impoverished Yemen since March last year -- around half of them civilians -- and 30,000 have been wounded