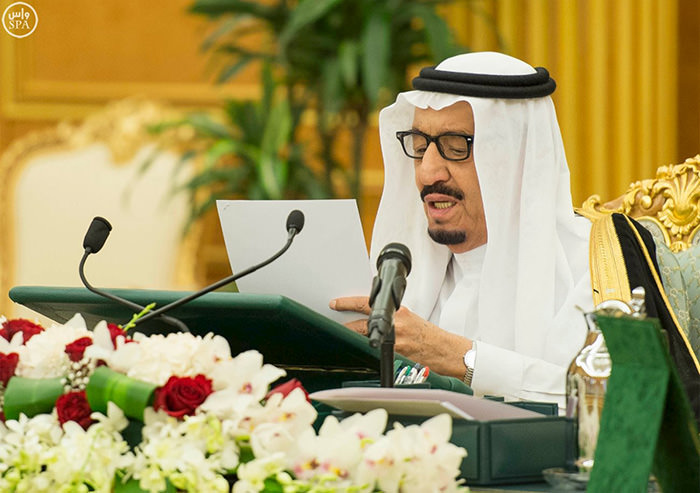 Saudi Arabia's Cabinet on Monday approved a plan laying out reform priorities for the next decade and a half, setting in motion what could be a period of significant economic change in the oil-rich kingdom.

King Salman announced the approval for the "Vision 2030" plan in a short televised announcement on Monday in which he called on Saudis to work together ensure its success.

The king's son, Deputy Crown Prince Mohammed bin Salman, spelled out some details of the program in a pre-recorded interview aired shortly after the announcement on Saudi-owned broadcaster Al-Arabiya. The powerful prince is second in line to the throne, serves as the country's defense minister and chairs a committee formed soon after his father's ascension last year overseeing economic policymaking.

That committee, the Council on Economic and Development Affairs, has been focused on reorienting the Organization of the Petroleum Exporting Countries (OPEC) powerhouse away from its heavy reliance on fossil fuels, creating jobs and boosting foreign investment.

In the wide-ranging interview, Mohammed bin Salman said a planned partial initial public offering of the state-owned oil company Saudi Aramco was part of the reform program. He described the country as having become addicted to oil, and said that less than 5 percent of Aramco would be offered to public shareholders.

"The vision is a road map of our development and economic goals," he said. "A part of that is related to Aramco and this is a very small aspect," he said.

The prince discussed plans to set up a $2 trillion sovereign wealth fund that would be managed by a board of directors, and not Aramco. The fund's revenues would go into developing the kingdom's cities, he said.

He said the economic goals of the reforms are intended to eliminate housing and unemployment problems and ensure that water and energy subsidies go to those most in need.

Another way to drive up non-oil revenue, the prince said, is by investing more in mineral mining and boosting the kingdom's own military production capacity. Saudi Arabia was the world's third largest arms buyer last year, with purchases of more than $87 billion last year.

The prince also said the kingdom, which annually welcomes millions of Muslim pilgrims to the holy cities of Mecca and Medina, would become more welcoming to other types of tourists — in line with Saudi Arabia's values. A new residency visa program could generate additional revenue and would allow Muslims and Arabs to live for extended periods in the country, he said.