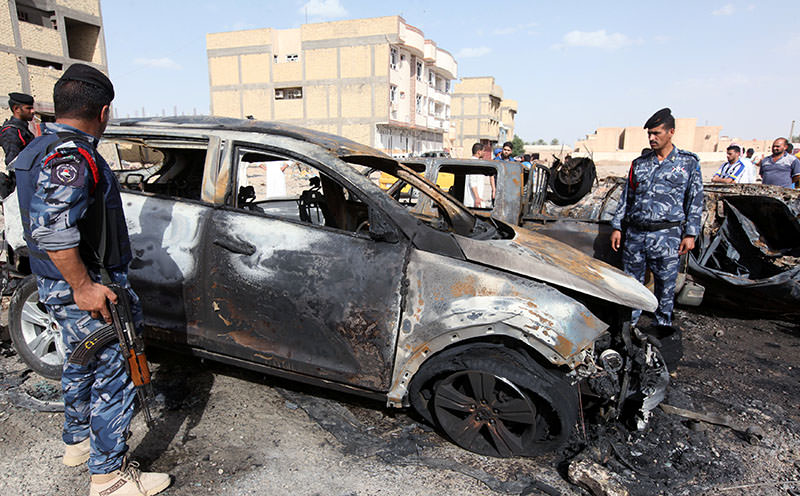 "The hospitals have received 33 dead," a senior official in the Muthanna health department, which covers Samawa, told AFP. An officer in Muthanna Operations Command confirmed the toll.

They said at least 50 people were also wounded in the blasts in Samawa, 230 kilometres (145 miles) south of Baghdad.

"Two car bombs went off in town. The first one was at around midday near a bus station in the city centre," a senior police officer in Muthanna province said.

"The other exploded about five minutes later, 400 metres from the spot of the first explosion," he said.

It named the bombers as Abu Dayyar al-Qurashi and Abu Zubayr al-Zaidi, saying that the second blew up his car bomb as security forces rushed to the scene of the first blast.

Samawa is the capital of Muthanna and lies deep in Iraq's Shiite heartland and such attacks there are rare.

Muthanna also borders Saudi Arabia and a vast Iraqi desert that connects the troubled province of Anbar with the south.

A car bomb just outside Baghdad on Saturday killed at least 23 people, according to security and medical sources.

That attack targeted Shiite faithful walking to the northern Baghdad shrine of Imam Musa Kadhim, the seventh of 12 imams revered in Shiite Islam.

The Iraqi capital remains on high security alert for a whole week as the faithful walk from all over the country to commemorate Imam Kadhim.

But there was no immediate indication that the attacks in Samawa specifically targeted Shiite pilgrims.

At least 61 people were killed when a massive truck bomb exploded at a checkpoint at one of the entrances to the city of Hilla on March 6.

A suicide bomber blew himself up on March 26 during a trophy ceremony after a local football tournament near Iskandariyah, killing more than 30 people, many of them teenagers and children.

The group has been losing territory steadily in Iraq for almost a year.

Observers have warned that, as their self-proclaimed "caliphate" shrinks, Daesh fighters are likely to revert to their old guerrilla tactics and ramp up suicide attacks on civilian targets.