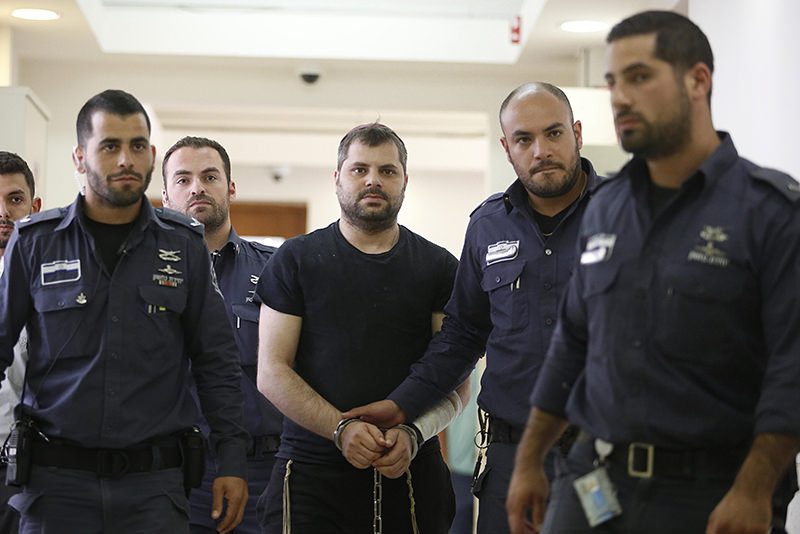 An Israeli court on Tuesday handed down a life sentence to the ringleader of a Jewish gang who kidnapped, beat and burned alive a Palestinian teenager in 2014.

Yosef Haim Ben-David, 31, was sentenced for killing 16-year-old Mohammed Abu Khdeir, and was also given 20 years for other crimes.

After the verdict was read out, angry members of Abu Khdeir's family cursed Ben-David as he was taken from court.

Ben-David, wearing a burgundy yarmulke and a black shirt, earlier told the court he was "sorry".

"I am sorry for the family. This is not me. I wasn't in control," he said.

Abu Khdeir was kidnapped by Ben-David and two young accomplices from Israeli-annexed east Jerusalem on July 2, 2014 and beaten.

His burned body was found hours later in a forest in the western part of the city.

A forensic report showed smoke in his lungs, indicating he had been alive when set alight.

Ben-David was found in November to have led the assault, but his lawyers submitted last-minute documents saying he suffered from mental illness.

A court rejected the appeal last month, finding him sane.

In February, a court sentenced Ben-David's two young Israeli accomplices to life and 21 years in prison for the killing.

Israeli authorities had said Ben-David and other suspects had decided to kill an Arab in revenge and equipped themselves with cable ties, petrol and other materials before randomly choosing Abu Khdeir.

They had allegedly tried to kidnap a child in east Jerusalem the day before, but were thwarted by the youth's mother.

Weeks earlier, the June 2014 abduction of Naftali Frenkel, Gilad Shaer and Eyal Yifrach from a hitchhiking stop near the flashpoint West Bank city of Hebron sparked a vast Israeli search operation in which hundreds of Palestinians were arrested and at least five killed.

Israel immediately blamed the kidnappings on militants from Hamas, rounding up hundreds of suspected members in the West Bank.

The brutal revenge killing of Abu Khdeir was followed by an uptick in rocket fire from Gaza, and the launch on July 8 of a full-scale Israeli military operation against the Palestinian enclave.

Abu Khdeir's name was initially included on an Israeli memorial to victims of "terror attacks," but it was removed after his family objected, with his father saying he was Palestinian, not Israeli.

A fresh wave of violence erupted in Israel, the West Bank and the Gaza Strip at the start of October in 2015, including knife and gun attacks as well as protests.

Many of the Palestinians killed have been shot dead by Israeli security forces during clashes.