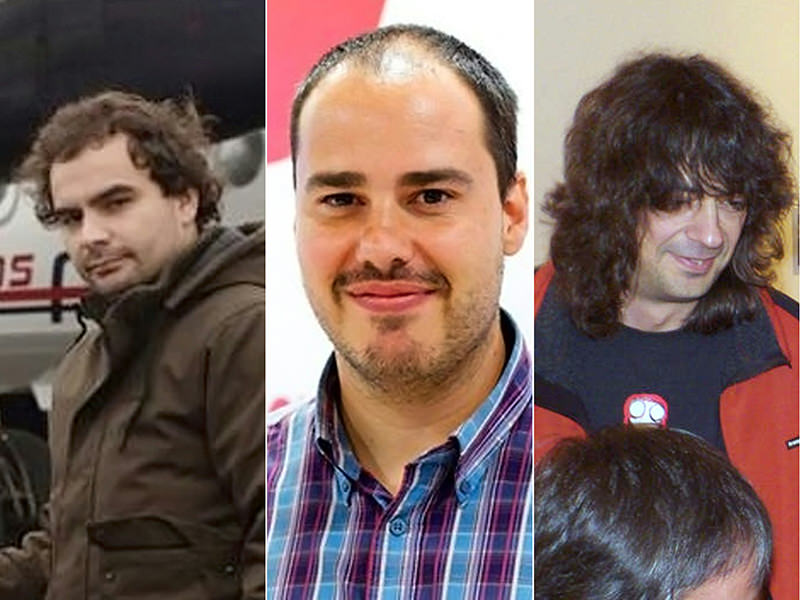 Three Spanish freelance journalists who went missing in Syria last year and were believed to have been kidnapped have been released, the Spanish government said on Saturday.

The three men - Antonio Pampliega, Jose Manuel Lopez and Angel Sastre - disappeared last July. They were working on an investigative report in the northern city of Aleppo, where other journalists have been captured in the past, Spanish media reported at the time.

Spain's acting deputy Prime Minister Soraya Saenz de Santamaria had made contact and spoken with the three, a government spokesman said. El Pais newspaper reported the men were now in Turkey and waiting to be brought back to Spain by authorities.

A government spokeswoman confirmed the release, adding: "All three are well."

The government says the intervention of Turkey, Qatar and "other allies and friends" was instrumental in freeing the men, and that a plane was being sent to Turkey to bring them back to Spain.

Pampliega, a freelance war reporter born in 1982, contributed to AFP's text coverage of the civil war in Syria for a period up to 2013.

A passionate reporter who tended to focus on human interest stories, he also contributed to AFP's coverage in Iraq.

Lopez, born in 1971, is a prize-winning photographer who contributed images to AFP from several war zones, including from the Syrian conflict up until 2013 and Iraq in 2014.

Sastre, 35, had also worked in trouble spots around the world for Spanish television, radio and press.

The journalists had entered Syria from Turkey on July 10 and went missing shortly afterwards, Spanish press association FAPE said last year. Few details have since emerged regarding their situation.

Media rights group Reporters Without Borders ranks Syria as the most dangerous country in the world for journalists.

It says dozens of journalists have been killed since the conflict broke out in 2011 in Syria, where various armed factions are battling Bashar Assad's regime and each other.

It was feared that the journalists were kidnapped by Daesh as the group has often abducted a number of foreign journalists, later posting videos showing their execution, often by beheading.

In August 2014, Daesh decapitated U.S. journalist James Foley, who was seized in northern Syria in 2012.

In 2013 three other Spanish journalists were seized by Daesh: El Mundo correspondent Javier Espinosa, freelance photographer Ricardo Garcia Vilanova and Marc Marginedas of El Periodico newspaper. They were all released.