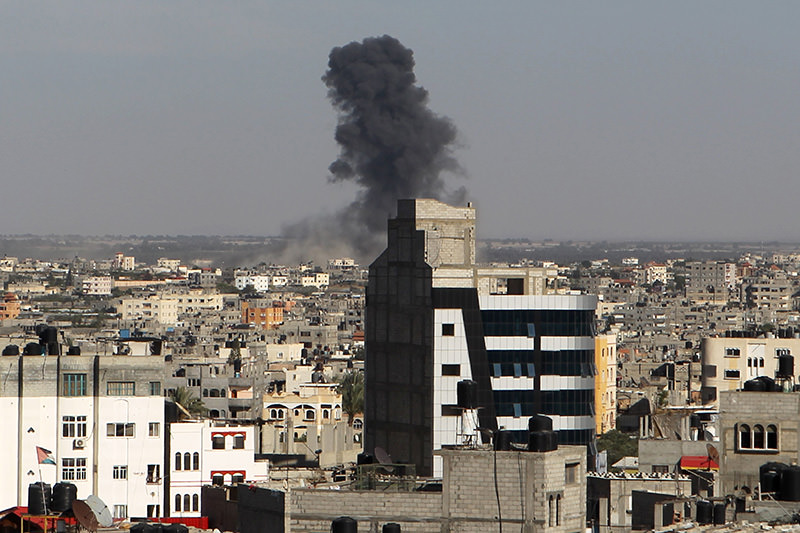 Israeli warplanes carried out two airstrikes early Saturday in the southern Gaza Strip, although no casualties were reported, according to eyewitnesses.

The first raid targeted agricultural land in the Al-Zanna area of the city of Khan Yunis, while the second targeted the city's southeastern Al-Fukhari area.

The airstrikes reportedly damaged agricultural crops, buildings and homes in the targeted areas.

On Wednesday, limited clashes erupted on the Israel-Gaza border between Israeli troops and Palestinian resistance fighters.

The following day, Gaza's Health Ministry reported that a woman had been killed in an Israeli airstrike near Khan Yunis.

The Israeli army, meanwhile, has continued digging along the border between Israel and the blockaded Gaza Strip after announcing the discovery of a cross-border tunnel Monday.

In a Saturday statement, the Ezzedin al-Qassam Brigades, the military wing of Palestinian resistance movement Hamas (which has governed the strip since 2007), claimed responsibility for having dug the tunnel.

According to reports on Israeli public radio, the tunnel stretched some 30 meters into Israeli territory.

In the summer of 2014, Israel waged a 51-day military offensive against the Gaza Strip with the ostensible aim of staunching rocket fire from the coastal enclave.

Over 2,160 Palestinians in Gaza, mostly civilians, were killed -- and some 11,000 injured -- during the weeks-long onslaught.

During the conflict, Palestinian resistance fighters relied on a system of subterranean tunnels to stage attacks on Israeli troops deployed near the border.