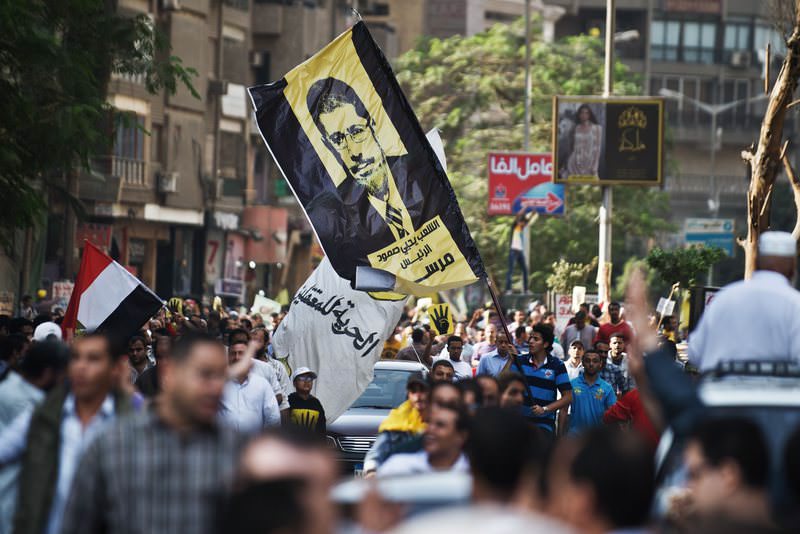 Young members of Egypt's embattled Muslim Brotherhood have unveiled a "roadmap" for healing the rifts currently plaguing the group.

Once considered Egypt's largest and best organized political opposition movement, the Brotherhood has recently been dogged by divisions between its old guard and younger members.

While the group's older members call for the use of "peaceful" means to oppose Egypt's military-backed regime, younger members have pressed for escalation.

The rift burst into the open last December when the Brotherhood's London office sacked group spokesman Mohamed Montaser in a move that was rejected by 11 of the group's administrative offices.

In February, prominent Qatar-based Muslim scholar Yusuf al-Qaradawi called for holding an internal group election in an attempt to heal the internecine rift, but the initiative has since stalled.

In a Saturday statement, the Brotherhood's so-called "Supreme Administrative Committee" urged the two camps to "take a step back" and "give a chance to the new generation to be chosen by Brotherhood members in a free and transparent fashion".

The committee went on to call for an internal election in accordance with the group's founding bylaws and to postpone endorsement of new bylaws "until the group's new shura [consultative] council can convene".

Since mid-2013, when Mohamed Morsi -- Egypt's first freely elected president and a Brotherhood leader -- was ousted in a military coup, the Muslim Brotherhood has remained the target of a harsh crackdown by the Egyptian authorities.