US: DAESH's perverse caliphate is shrinking 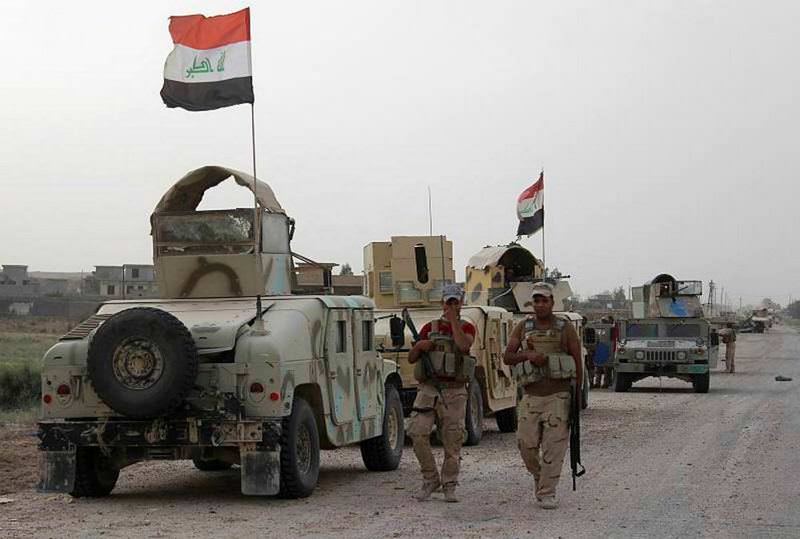 Iraqi forces take part in a new operation against DAESH to retake Anbar.
by Daily Sabah with Wires May 17, 2016 12:00 am

The U.S. has said DAESH has started losing ground in both Iraq and Syria as Iraqi forces launched a new operation to retake Anbar province, although U.S. Defense Secretary Ashton Carter had said the fight is far from over

The Obama administration's diplomatic point man in the fight against DAESH said Sunday that the extremists have been losing control over territory and that "this perverse caliphate is shrinking." Brett McGurk, presidential envoy to a 66-member anti-DAESH coalition, also told a news conference that the tide has turned in the ideological battle against the extremists. He described a round-the-clock anti-DAESH propaganda campaign involving companies such as Facebook and YouTube and the governments of Jordan, Malaysia and the United Arab Emirates. "For every pro-DAESH Twitter handle, there are now six calling out its lies and countering its message," McGurk said. U.S. officials said earlier this year that the military had ramped up cyber operations against the group.

The officials said at the time that operations include efforts by U.S. Cyber Command at Fort Meade, Maryland, to prevent the group from using the Internet and social media to communicate and distribute propaganda aimed at attracting and inspiring recruits. In his news conference, McGurk singled out Jordan as an example of what he called Washington's "sustainable strategy" of eschewing boots on the ground for local, regional and Islamic forces against DAESH. He said Jordan has been conducting weekly air strikes against DAESH targets and is involved in intelligence gathering and anti-DAESH propaganda. DAESH has suffered recent military setbacks and lost territory in both Iraq and Syria. McGurk said the group is on the defensive and that "this perverse caliphate is shrinking."

But as DAESH militants are pushed back along front lines, the group is increasingly turning to insurgency-style terrorist attacks to keep pressure on the Iraqi government. Such attacks have left more than 100 dead in the past week. DAESH launched a coordinated assault Sunday on a natural gas plant north of Baghdad that killed at least 14 people, while a string of other bomb attacks in or close to the capital killed 15 others, Iraqi officials said.

Iraqi security forces and allied fighters launched an operation on Monday to retake the town of Rutba from DAESH, the military said. Special forces, soldiers, police, border guards and pro-government paramilitaries are involved in the operation to retake the Anbar province town, Iraq's Joint Operations Command said in a statement. Tanks and artillery are taking part in the operation, which is also backed by air support from Iraqi forces and the U.S.-led coalition against DAESH, it said. Rutba, located in western Anbar province along the main road to Jordan, has been held by the militant group since 2014. "Rutba's important to the enemy because it's another support zone for them," said Colonel Steve Warren, the spokesman for the U.S.-led operation against DAESH. DAESH uses it "to stage and prepare forces for operations in... the main battle area," Warren told journalists in Baghdad last week.

"It's not heavily defended as is Fallujah or as was Ramadi," he said, referring to the capital of Anbar, which has been retaken, and its second city, which DAESH still holds. Warren said the number of DAESH militants in Rutba varies from around 100 up to several hundred, and that once the Iraqis "decide they want to liberate Rutba, they'll be able to." DAESH overran large areas north and west of Baghdad in June of that year, and later made further advances in Anbar, seizing Ramadi in 2015. Iraqi forces have since regained significant ground from the militants, securing the Ramadi area earlier this year and retaking the town of Heet last month. But parts of Anbar, including Fallujah, are still under DAESH control, as is most of Nineveh province, to its north. And the militants are still able to carry out bombings in government-held areas, something they did more frequently prior to the June 2014 offensive. While DAESH is losing ground in Iraq and Syria, its global affiliates appear to have grown in strength in countries like Libya.
RELATED TOPICS