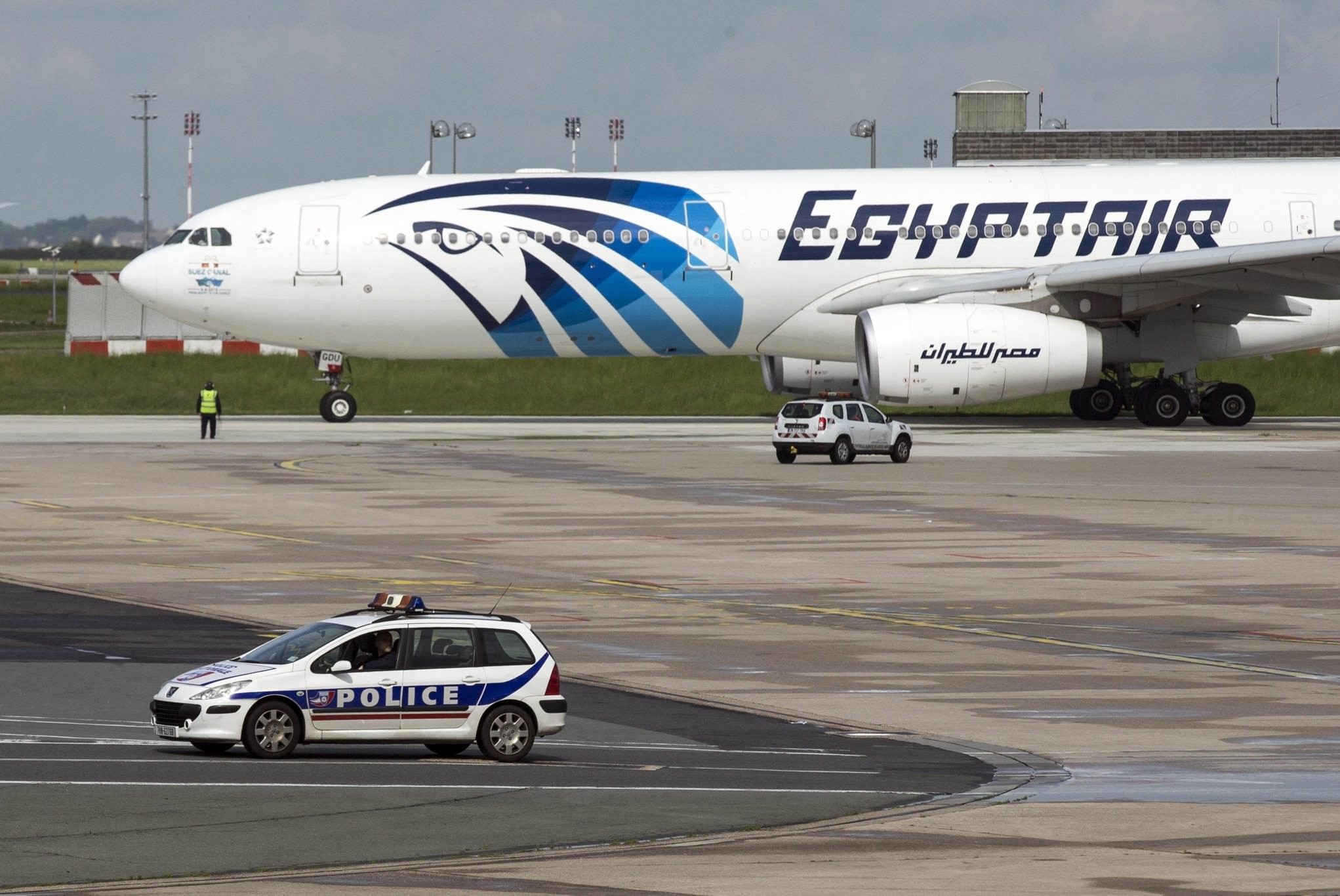 Greek rescue workers found lifevests and bits of plastic floating in the Mediterranean after an EgyptAir jet carrying 66 passengers and crew from Paris to Cairo disappeared from radar in what Egypt said could have been a terrorist attack.

The Egyptian civil aviation ministry said Greek authorities had found "floating material" and life jackets likely to be from the plane. Greek defense sources told Reuters they had found pieces of plastic and two lifevests in the sea 230 miles (370 km) south of the island of Crete.

"All I will say is that our embassy in Athens told us that it was contacted by Greek authorities, who signaled that they found white and blue debris corresponding to EgyptAir's colors," Egyptian ambassador to France Ehab Badawy told France's BFM television. However, Greek sources told Reuters the material they had found so far was not blue and white.

If confirmed as material from the plane, the discovery could help provide clues to its fate. Egyptian Prime Minister Sherif Ismail said it was too early to rule out any explanation for the crash, including an attack like the one blamed for bringing down a Russian airliner over Egypt's Sinai Peninsula last year.

The country's aviation minister said a terrorist attack was more likely than a technical failure.

Meanwhile, France's foreign minister said Friday there was "absolutely no indication" what had caused the crash of an EgyptAir flight, despite Egyptian authorities saying terrorism was the most likely cause.

"We're looking at all possibilities, but none is being favoured over the others because we have absolutely no indication on the causes (of the crash)," Jean-Marc Ayrault told French television.

The French government will meet families of the victims on Saturday in order to "provide all the information we can," Ayrault said.

Greece had deployed aircraft and a frigate to search for the missing Airbus. Egypt said it would lead the investigation and France would participate. Paris said three investigators would arrive in Egypt on Thursday evening.

In Washington, President Barack Obama received a briefing on the disappearance from his adviser for homeland security and counter-terrorism, the White House said. A White House spokesman said it was too early to know the cause of the crash and offered condolences to the victims.

Greek Defence Minister Panos Kammenos said the Airbus swerved 90 degrees to the left, spun through 360 degrees to the right and plunged from 37,000 feet to 15,000 before vanishing from Greek radar screens.

There was no official indication of a possible cause, whether technical failure, human error or sabotage. Extremists have targeted airports, airliners and tourist sites in Europe, Egypt, Tunisia and other Middle Eastern countries over the past few years.

The aircraft was carrying 56 passengers - with one child and two infants among them - and 10 crew, EgyptAir said. They included 30 Egyptian and 15 French nationals, along with citizens of 10 other countries.

The other passengers include two Iraqis, and one person each from Algeria, Belgium, Britain, Canada, Chad, Kuwait, Portugal, Saudi Arabia and Sudan, the airline said on its official Twitter account.

Asked if he could rule terrorist involvement, Prime Minister Ismail told reporters: "We cannot exclude anything at this time or confirm anything. All the search operations must be concluded so we can know the cause."

French President Francois Hollande also said the cause was unknown. "No hypothesis can be ruled out, nor can any be favored over another."

"LIVES ARE SO CHEAP"

At Cairo airport, a man sat on a brown leather couch crying with his hands covering his face. "How long will Egypt live if human lives are so cheap?" he said.

The mother of a flight attendant rushed out of the VIP hall where families waited in tears. She said the last time her daughter called her was Wednesday night. "They haven't told us anything," she said.

Some relatives tried to beat up a photographer working for EgyptAir who took several pictures of the families waiting in the hall. Security officials intervened and escorted him out.

With its archaeological sites and Red Sea resorts, Egypt is a traditional destination for Western tourists. But the industry has been badly hit by the downing of a Russian Metrojet flight last October, in which all 224 people on board were killed, as well as by an Islamist insurgency and a string of bomb attacks.

Coordination is under way with the Greek authorities to identify the found material, the source added.

Egyptian Civil Aviation minister Sherif Fathi said authorities had tried to resume contact but without success. Greece said it would scale back its rescue effort because the finds were in waters under Egyptian jurisdiction.

In Paris, a police source said investigators were now interviewing officers who were on duty at Roissy airport on Wednesday evening to find out whether they heard or saw anything suspicious. "We are in the early stage here," the source said.

Airbus said the missing A320 was delivered to EgyptAir in November 2003 and had operated about 48,000 flight hours. The missing flight's pilot had clocked up 6,275 hours of flying experience, including 2,101 hours on the A320, while the first officer had 2,766 hours, EgyptAir said.

Adam Schiff, the top Democrat on the U.S. House Intelligence Committee, said no conclusions could be drawn yet but terrorism was a very possible cause.

"If terrorism was indeed the cause, it would reveal a whole new level of vulnerability to aircraft – not only from those flights originating in the Middle East, but to those departing from the heart of Europe and with, at least in theory, far better airport defenses," he said.

Other countries offered to help in the investigation, including the United States, where engine maker Pratt & Whitney is based.

Russia and Western governments have said the Metrojet plane that crashed on Oct. 31 was probably brought down by a bomb, and Daesh said it had smuggled an explosive device on board.

Militants have stepped up attacks on Egyptian soldiers and police since Abdel-Fattah al-Sisi, then serving as army chief, toppled elected president Mohamed Mursi in 2013 after mass protests against his rule.

An EgyptAir plane was hijacked and diverted to Cyprus in March. A man who admitted to the hijacking and is described by Cypriot authorities as "psychologically unstable" is in custody in Cyprus.

The incident renewed security concerns at Egyptian airports after a Russian passenger plane crashed in Sinai last October, killing all 224 people on board. Moscow said it was brought down by an explosive device, and a local branch of the Daesh has claimed responsibility for planting it.

In 1999, EgyptAir Flight 990 crashed into the Atlantic Ocean near the Massachusetts island of Nantucket, killing all 217 people aboard, U.S. investigators filed a final report that concluded its co-pilot switched off the autopilot and pointed the Boeing 767 downward. But Egyptian officials rejected the notion of suicide altogether, insisting some mechanical reason caused the crash.

EgyptAir has a fleet of 57 Airbus and Boeing jets, including 15 of the Airbus A320 family of aircraft, according to airfleets.com.