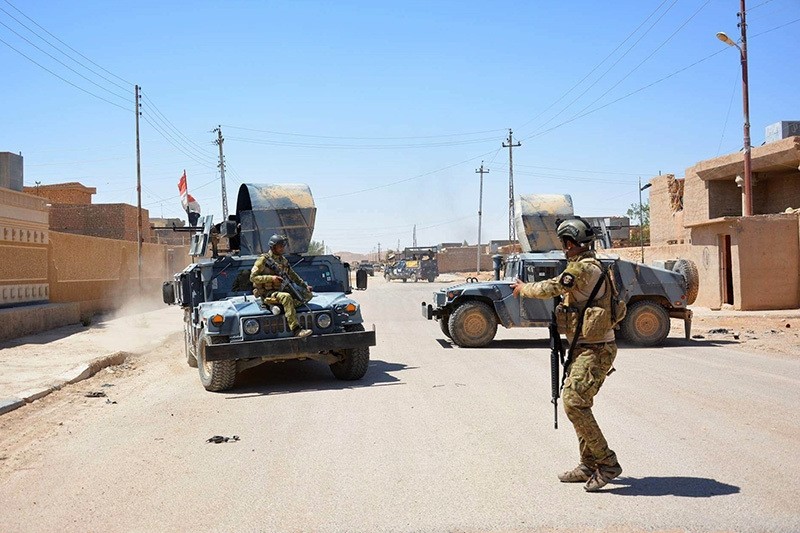 Iraqi government forces monitor a street on May 19, 2016 in the western town of Rutba after they recaptured it from the Daesh group. (AP Photo)
by Associated Press May 20, 2016 12:00 am

U.S. military officials say Iraqi forces have retaken the southwestern town of Rutba after Daesh fighters who had occupied the town fled or put up only light resistance.

The top U.S. commander in Baghdad, Lt. Gen. Sean MacFarland, told reporters Friday that it is an important victory for the Iraqi security forces, even though Rutba is a small town.

MacFarland says that taking Rutba from Daesh will allow the reopening of the main road from Amman to Baghdad, which he says is an important economic lifeline for Iraqi commerce. Daesh had been using Rutba as a staging area for weaponry and foreign fighters flowing into Iraq.

Another U.S. officer, Marine Brig. Gen. Bill Mullen, says the decisive action in Rutba was U.S. airstrikes outside the town.