US concerned over hardline Israel alliance's stance on 'peace' 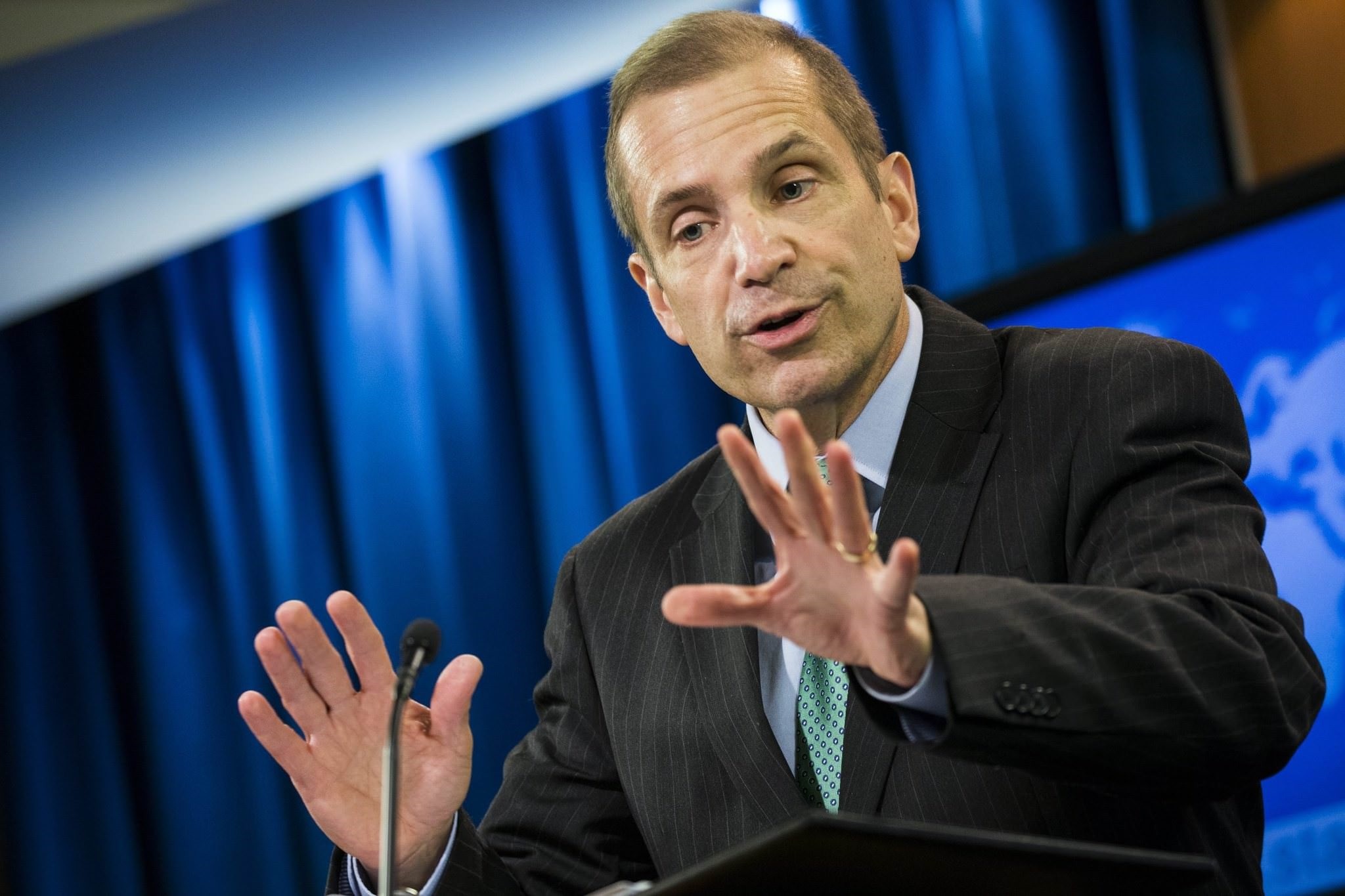 Israeli Prime Minister Benjamin Netanyahu concluded an accord Wednesday to appoint nationalist Avigdor Lieberman as defence minister in an alliance Washington said raised "legitimate questions" over his government's commitment to a two-state solution.

Lieberman, who has spoken of harsh measures against Palestinians, sought to allay concerns over his appointment with a promise to act in a "responsible" manner while in office.

The Yisrael Beitenu party of Lieberman, a bearded and stocky former foreign minister, will add five lawmakers to Netanyahu's previously wafer-thin majority if the coalition deal is given parliamentary approval as expected.

The two men, who have in the past been bitter rivals, announced the deal at a ceremony at parliament, with Lieberman pledging to be "balanced" and saying he was committed to "responsible, reasonable policy".

Netanyahu said that "we are joining hands now to march Israel forward".

The move to hand the defence ministry to the 57-year-old hardliner has sparked deep concern among Israeli centrist and left-wing politicians, as well as among some of Netanyahu's Likud party colleagues.

U.S. State Department spokesman Mark Toner, in a rare comment on Israeli internal politics, said the new coalition raised "legitimate questions" about Israel's commitment to a two-state solution in its conflict with the Palestinians.

He said Washington had "seen reports from Israel describing it as the most right-wing coalition in Israel's history.

"And we also know that many of its ministers have said they oppose a two-state solution."

Moshe Yaalon, a Likud member who resigned as defence minister on Friday and who has also served as armed forces chief, warned of a rising tide of extremism in the party and the country as a whole.

The Palestinian leadership condemned Lieberman's move into the government.

"The existence of this government brings a real threat of instability and extremism in the region," Palestinian chief negotiator Saeb Erekat told AFP, adding the appointment would "result in apartheid, racism and religious and political extremism".

Others say Lieberman is above all a pragmatic politician who aspires to be prime minister one day, noting that he will face opposition from the security establishment if he seeks to carry out some of his most controversial ideas.

An example of his provocative style was recently on display in comments directed at Ismail Haniya, Hamas's leader in the Gaza Strip.

Lieberman said he would give Haniya 48 hours to hand over two detained Israeli civilians and the bodies of soldiers killed in a 2014 war "or you're dead".

The deal brings to a stunning conclusion weeks of speculation over Netanyahu's efforts to expand his government, which has held only 61 of the 120 seats in parliament since elections in March 2015.

Netanyahu had earlier engaged in negotiations with Labour party leader Isaac Herzog to join the government before turning to Lieberman instead.

Besides Lieberman becoming defence minister and another member of his party becoming immigrant absorption minister, the government agreed to allocate about 1.4 billion shekels ($363 million, 325 million euros) to pensions of elderly Israelis.

Lieberman, born in the ex-Soviet republic of Moldova, sought the arrangement to benefit immigrants from the former Soviet Union, his main electoral support base.

He had also pushed for the government to institute the death penalty for Palestinians, but Lieberman backed away from the demand in the talks.

A watered-down version was agreed upon that could make it somewhat easier to sentence Palestinians to death in military courts, though significant hurdles would remain. There have been no executions in Israel since 1962.

Netanyahu has sought to ease fears over Lieberman's expected appointment, saying he will continue to seek peace with the Palestinians and oversee the defence ministry's policies, which include control over most of the occupied West Bank.

"My policy has not changed. We'll continue to pursue every avenue for peace while ensuring the safety and security of our citizens."

Negotiations with the Palestinians have been at a complete standstill since a US-led initiative collapsed in April 2014.