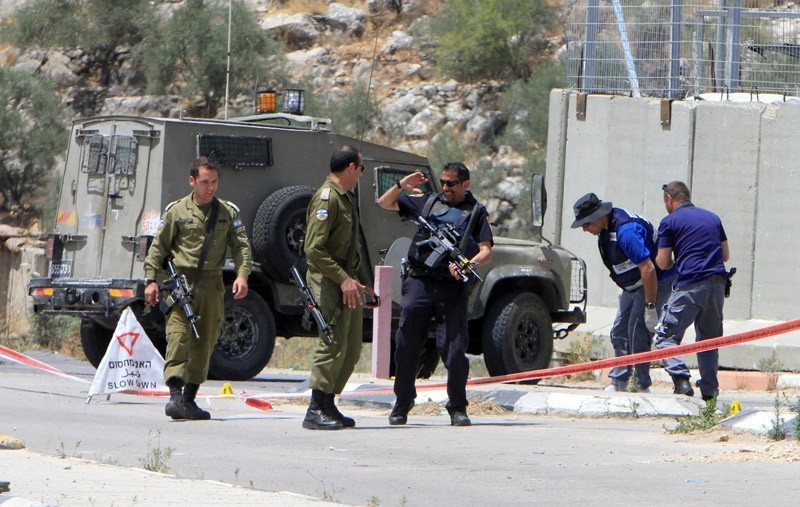 Israeli soldiers and policemen inspect the scene where a Palestinian woman was shot dead by Israeli forces at Ennab Israeli checkpoint near the West Bank city of Tulkarm June 2, 2016. | REUTERS
by Anadolu Agency Jun 02, 2016 12:00 am

A Palestinian woman was shot dead by Israeli army troops in the occupied West Bank on Thursday on the pretext that she had tried to stab an Israeli soldier, the Palestinian Health Ministry has said.

According to the ministry, the woman -- whose name has yet to be made public -- was shot multiple times at the Ennab checkpoint near the West Bank city of Tulkarm.

The ministry added that Israeli army personnel had prevented Palestinian medics from treating the woman, leaving her to bleed to death.

The Israeli army, meanwhile, has alleged that the slain woman had tried to stab an Israeli soldier manning the checkpoint.

"The girl was shot dead on the spot while no soldiers were injured," the army said in a statement.

According to Palestinian figures, more than 215 Palestinians have been killed since the current uptick in Israeli-Palestinian violence began last October.

Israel, for its part, claims 34 Israelis have been killed by Palestinian attackers over the same period.