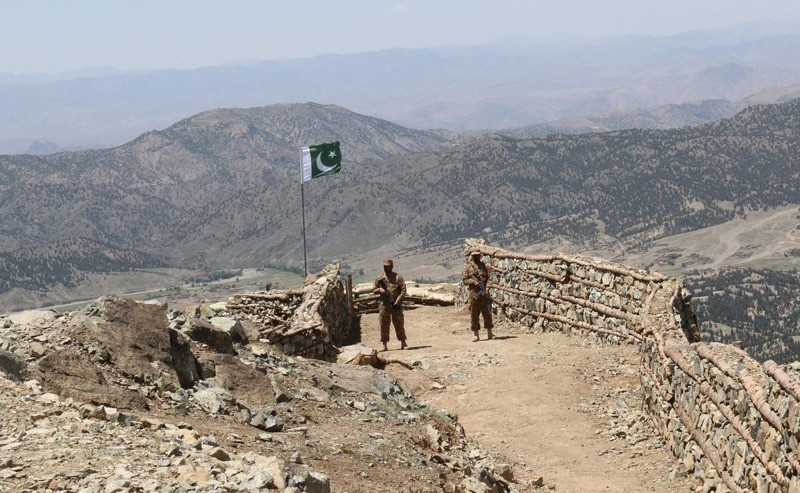 Pakistani soldiers keep vigil from a post on top of a mountain in the former Taliban militants strong hold border area in Shawal valley on May 20, 2016 (AFP Photo)
by Anadolu Agency Jun 05, 2016 12:00 am

Afghanistan is going through a crucial period for peace, a senior Turkish diplomat said Sunday following a meeting of international powers in Istanbul.

"Hundreds of thousands Afghans now have access to education and social services," he told journalists. "The last two years have been a turning point for Afghanistan. We witnessed the democratic transfer of power after the 2014 presidential election [where] the number of women voting was high."

Mansour was killed in a U.S. drone strike in Pakistan last month and was succeeded by Haibatullah Akhundzada.

The Quadrilateral Coordination Group of Afghanistan, Pakistan, the U.S. and China held its first meeting in January in a bid to boost the peace process.