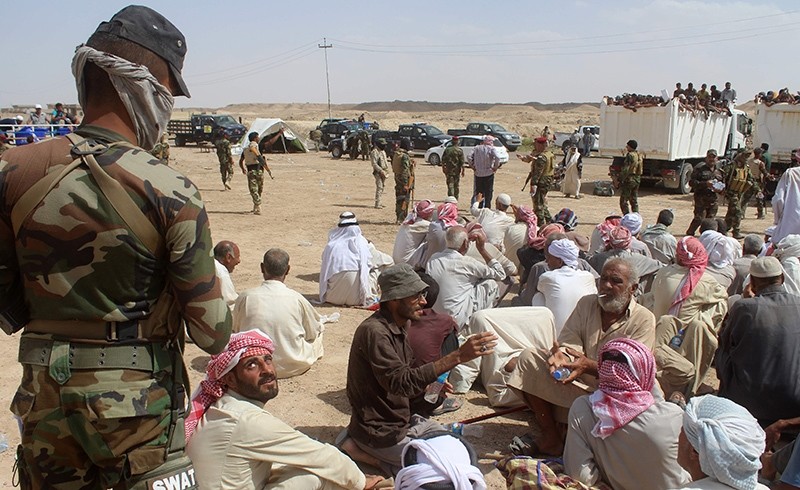 Iraqi forces have detained more than 500 suspected Daesh terrorist members trying to sneak out of the city of Fallujah by blending in with fleeing civilians, police said Monday.

"We have arrested 546 suspected terrorists who had fled by taking advantage of the movements of displaced families over the past two weeks," said Hadi Rzayej, the police chief for Anbar province in which Fallujah is located.

"Many of them were using fake IDs," he told AFP from the southern edge of Fallujah, where Iraqi forces are pressing a three-week-old offensive to retake the city from Daesh.

When civilians reach government forces, teenage boys and adult men are screened separately. Some are released after a few hours while others undergo more thorough interrogation.

Until last week, an estimated 50,000 civilians were still trapped in the centre of the city, which is one of the terrorist group's last bastions in Iraq and lies only 50 kilometres (30 miles) west of Baghdad.

The Iraqi army on Saturday opened a corridor to the southwest of the city that has allowed thousands of civilians to escape Daesh rule and reach government-run displacement camps.

Estimates for the number of Daesh fighters holed up in Fallujah vary from 1,000 to 2,500.

Daesh has been expected to put up a tougher fight in Fallujah, which looms large in terrorist mythology, than for any of the other cities it lost in Iraq over the past two years.

Iraqi forces have been making slow but steady progress over the past two weeks, with elite troops dodging suicide car bombs and picking their way through thousands of explosive devices to work their way up from the south of the city.