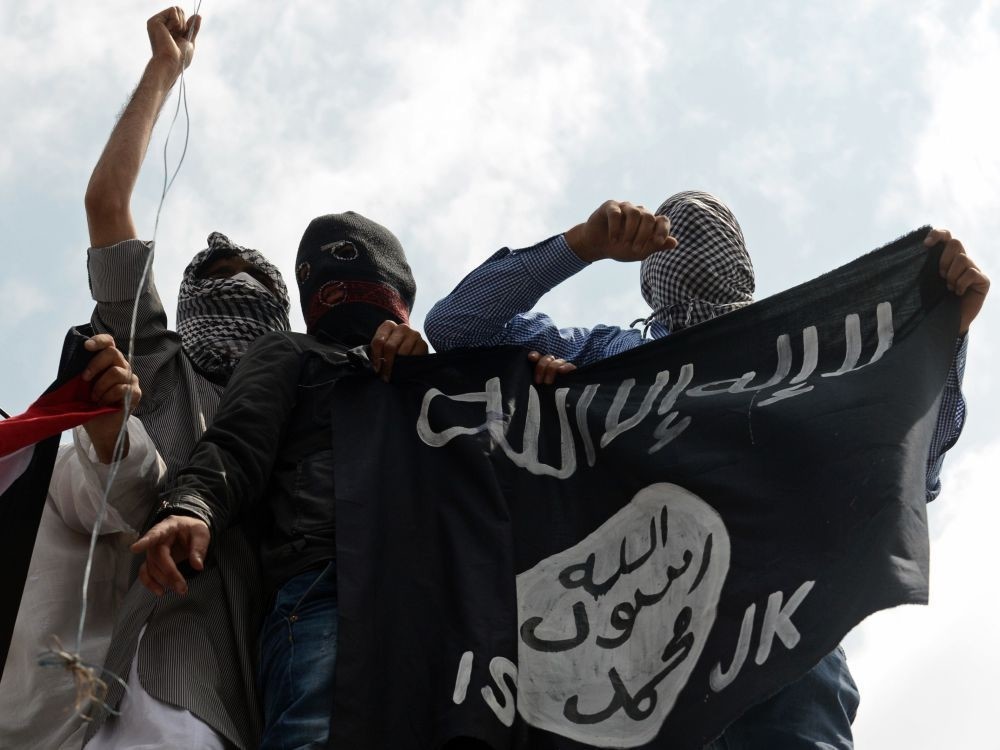 Thousands of DAESH militants may go back to their homelands, experts warn.
by Compiled from Wire Services Jun 17, 2016 12:00 am

Now that DAESH has been losing territory in both Iraq and Syria, its foreign militants, a considerable portion of whom are from European countries, are expected to go back to their countries and carry out more attacks

Police have been alerted to the possibility that small groups of extremists have left Syria for France and Belgium with plans to stage attacks, but have not raised threat levels, as authorities work to determine how credible the information is. Belgian intelligence services sent a note to French counterparts about the possible groups, and it was sent to police and anti-terrorism forces across France on Tuesday, a French security official said Wednesday. French authorities remain "very cautious" about the information because they receive such notes routinely, the official said, speaking on condition of anonymity to be able to discuss sensitive security information. Belgian officials are cautious too, as the information is believed to be from a single intelligence source and hasn't been confirmed elsewhere. France and Belgium have already been under high alert since DAESH attack on Paris last year, that killed 130 people, and the March suicide attacks in Brussels that left 32 people dead. DAESH has also threatened violence during the European Championship soccer tournament taking place across France this month. French and Belgian officials said the information does not change their governments' overall understanding of the threat.

CIA Director John Brennan will tell Congress on Thursday that DAESH militants are training and attempting to deploy operatives for further attacks on the West and will rely more on guerrilla-style tactics to compensate for their territorial losses. In remarks prepared for the Senate Intelligence Committee, Brennan says DAESH has been working to build an apparatus to direct and inspire attacks against its foreign enemies, as in the recent attacks in Paris and Brussels, ones the CIA believes were directed by DAESH leaders. He said DAESH is gradually cultivating its various branches into an interconnected network. The branch in Libya is likely the most advanced and most dangerous, but DAESH is trying to increase its influence in Africa, Brennan said. The DAESH branch in the Sinai has become the "most active and capable terrorist group in Egypt," attacking the Egyptian military and government targets in addition to foreigners and tourists, such as the downing of a Russian passenger jet last October.

In Belgium, security experts say the information "as such has no direct impact on the current threat level," according to Crisis Center spokesman Peter Mertens. The threat analysis center said Wednesday it is keeping Belgium's security alert status at its current level of three out of a possible four, which means the threat is considered serious, possible and probable. Belgium's Derniere Heure tabloid reported Wednesday that Belgium's anti-terror office has warned police that fighters with access to weapons could have left Syria about 10 days ago bound for Belgium and France. It was the latest of several recent reports that fighters from Syria could pose an imminent threat. A Brussels shopping mall, an American fast-food chain and police could be among their targets. Belgian authorities said such targets are already under surveillance. Given the heightened security fears in France at the moment, it would not be uncommon for Belgian authorities to pass on information without immediately verifying its credibility, said a security official with knowledge of the Belgian intelligence information. "The information regarding the possibility of a threat emanating from Syria, however, has not yet been verified," said the official on condition of anonymity because he was not authorized to speak about the Belgian investigation. "It is also important to remember that credible intelligence shows there are hundreds of fighters already in Europe ready to strike. They are the real threat."

Since the recent attacks, there is pressure for European security officials to share most of the information they get, even if it turns out to be false, the official said. He said this is especially true given the attack in France, the Orlando shootings and security fears over the Euro 2016 soccer tournament. It's not the first report that fighters might have been dispatched to Europe since the March 22 suicide attacks on the Brussels airport and subway. On April 19, Crisis Center chief Paul Van Tigchelt said there were signals from DAESH that fighters were sent to Europe, including Belgium. A Brussels shopping mall, City 2, increased security after seeing the media reports, though it wasn't warned to by police. "We reinforced our security and closed off some of the entries to make checks easier at the other entries," said spokeswoman Veronique Pirson. The French official said it is unclear whether the Belgian note could have any link to an attack Monday night by a DAESH extremist who killed two French police officials. The stabbing in a Paris suburb revived French concerns about the DAESH threat. France's president and prime minister warned on Wednesday that the world faces a long war to defeat terrorism. "I said we were at war, that this war will take a generation, that it will be long," Prime Minister Manuel Valls said on France Inter radio.
RELATED TOPICS