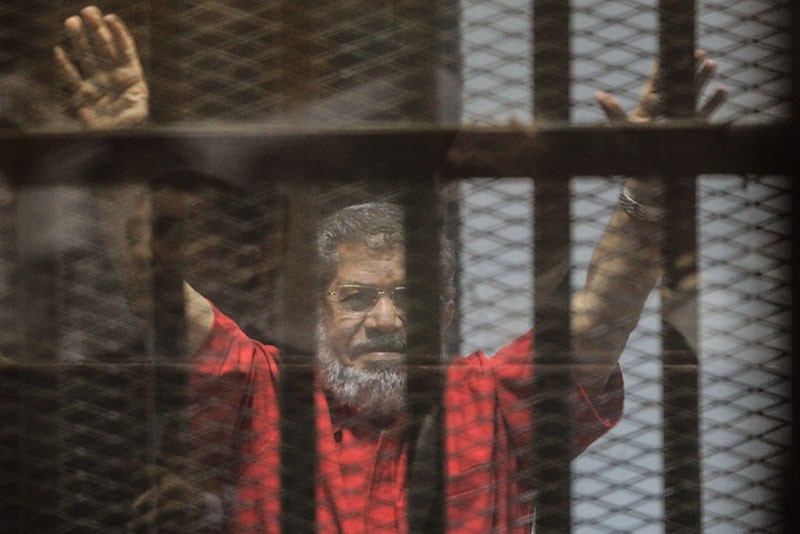 An Egyptian court on Saturday sentenced former President Mohamed Morsi to life in prison on charges of spying for Qatar.

Morsi, along with 10 co-defendants, were accused by Egypt's army-backed authorities of spying for Qatar and leaking classified documents to the Gulf statelet during his single year as president.

During Saturday's trial session, the court confirmed the death penalty against six defendants for allegedly spying for Qatar.

The court also slapped three defendants, including Morsi, to life in prison for spying to the Gulf state.

The former president and several other defendants were also slapped with a 15-year jail term each for allegedly leaking classified documents to Qatar.
Saturday's rulings are still subject to appeal.

Egypt's first democratically elected leader, Morsi was ousted by the military in in a 2013 military coup -- after only one year in office -- following protests against his presidency.

He has since been slapped with life-in-prison and death sentences for "conspiring against Egypt" -- with Palestinian group Hamas and Lebanon's Hezbollah -- and for breaking out of jail in 2011.

He has also been sentenced with a 20-year jail term for allegedly committing murder.

Since Morsi's ouster and imprisonment, the Egyptian authorities have launched a harsh crackdown on his Muslim Brotherhood group -- killing hundreds and jailing tens of thousands -- while relations between Cairo and Doha have nosedived.