600 families flee their homes as fighting rages in northern Iraq 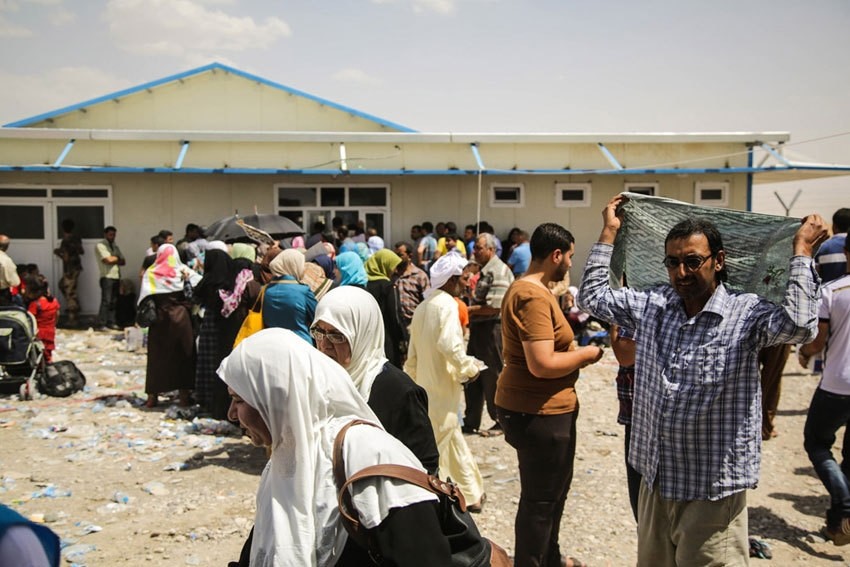 Around 600 Iraqi families have fled their homes in the northern Nineveh province as fighting has raged between Iraqi forces and Daesh terrorists south of Mosul.

"Some 600 families have arrived at refugee camps in Dibkah [in northern Iraq]," Mohamed al-Husseini of the Iraqi Ministry of Migration and Displacement said in a statement released on Sunday.

He said the ministry's representatives in Erbil have distributed 1,000 food packages among the recently displaced families.

On Saturday, Iraqi forces launched a new offensive against Daesh terrorists south of Mosul, one day after recapturing the western city of Fallujah from the group.

"The forces are advancing toward the al-Sharqat district, a strategic area for the Iraqi forces," he told Anadolu Agency.

Iraq has suffered a security vacuum since mid-2014, when Daesh captured the northern city of Mosul and overran large swathes of territory in the northern and western parts of the country.

According to the U.N., more than 3.4 million people are now displaced in Iraq -- more than half of them children -- while more than 10 million are in desperate need of humanitarian assistance.