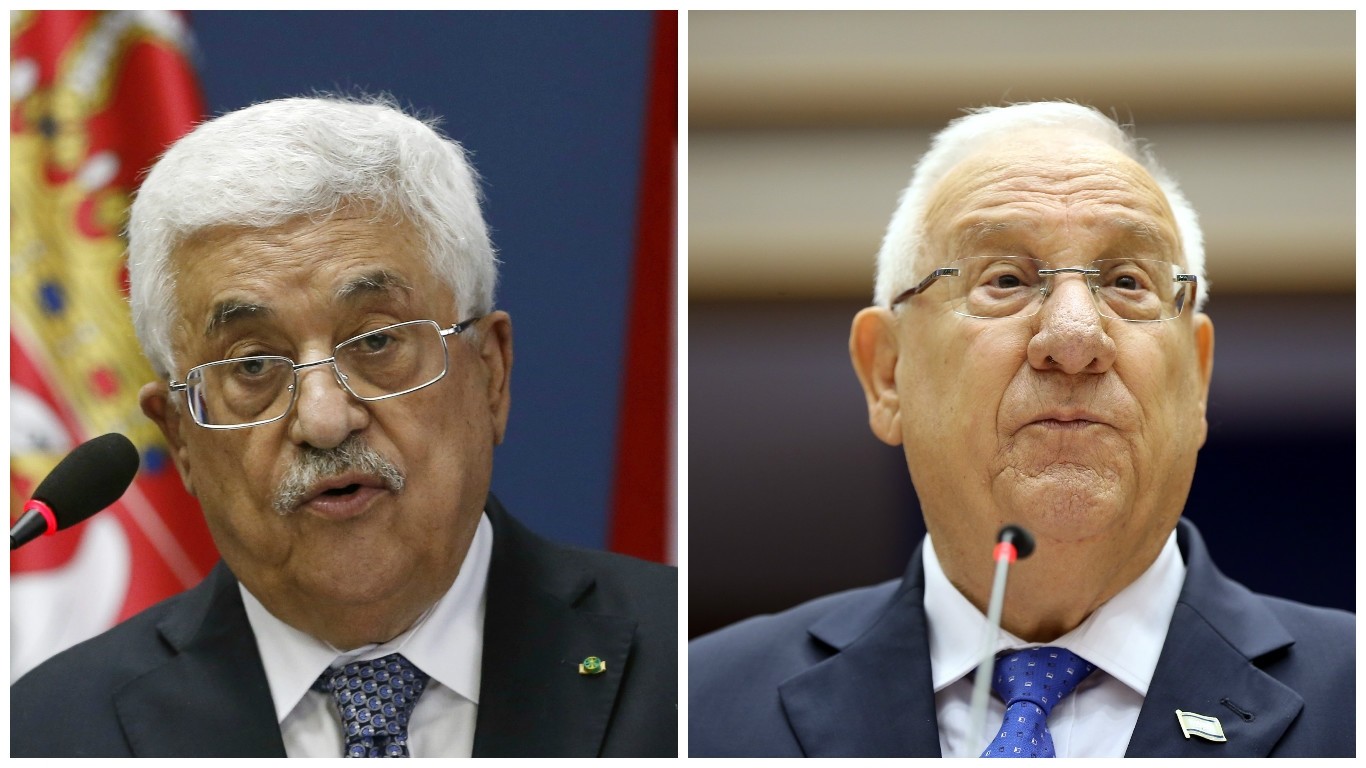 European Parliament head Martin Schulz said he hoped to arrange what would be a first meeting between the Israeli president and Palestinian leader Mahmud Abbas later Wednesday in Brussels.

Schulz, speaking with Israeli President Reuven Rivlin, told reporters that with Abbas arriving in the evening at the assembly, the two men might cross paths.

"I hope (Abbas) will arrive in due time before President Rivlin will leave, so my answer to you is that the diplomatic progress I wish depends a bit on the timetables of both," he said.

"If we achieve that both are crossing the floor in the European Parliament, I think they will not run away from each other so I will do my best," he added.

Rivlin interjected: "I can assure you that I will not run away."

The European Union has been pressing hard to get the stalled Middle East peace process back on track based on a two-state, Israel and Palestinian, solution.

EU foreign ministers on Monday backed a French initiative to call an international conference on the Middle East, aimed at restarting talks which have been deadlocked since 2014.

Rivlin, elected in 2014 and a known skeptic of the two-state option, told MEPs the French plan suffered from "very fundamental flaws" and was unlikely to lead to a solution.