US intelligence says up to 116 civilians killed by its airstrikes 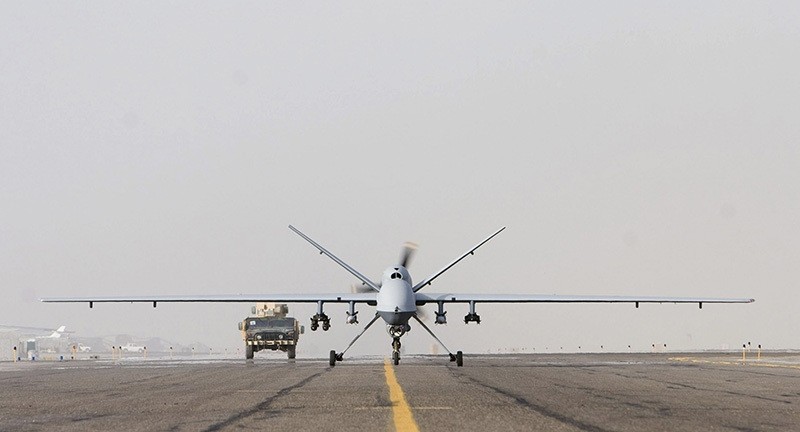 During that time, between 2,372 and 2,581 militants were killed, the Director of National Intelligence (DNI) said in its first public assessment.

The non-combatant toll took into account "credible reports of non-combatant deaths", including accounts from the media and NGO's.

In a reversal of administration policy, the report changed the definition of non-combatants to include males of military age that are not involved in hostilities, but are proximate to militants when they are targeted.

"Males of military age may be non-combatants; it is not the case that all military-aged males in the vicinity of a target are deemed to be combatants," it said.

Previous reporting on the administration's hitherto shrouded understanding of the matter indicated that military-age males near a terror target could be considered legitimate targets.

The report by National Intelligence Director James Clapper said the U.S. conducted 473 counterterror strikes, including those by unmanned drones, between January 2009 and December 2015. He did not mention where the strikes occurred, but the Defense Department and CIA have pursued targets in Pakistan, Yemen, Somalia and Libya. The data didn't include strikes in Iraq, Syria and Afghanistan, which the U.S. considers areas of active hostilities.

The attacks killed an estimated 2,372 to 2,581 combatants in those seven years, the report said. Between 64 and 116 non-combatants were killed.

The administration noted the much higher estimates by non-governmental organizations, which go as high as 900 for the same timeframe. Senior U.S. officials cited several reasons for the discrepancy, including the government's access to sensitive intelligence that helps it more accurately identify the deceased. Groups that have been tracking U.S. drone operations for years weren't convinced.

"The numbers reported by the White House today simply don't add up, and we're disappointed by that," said Federico Borello, executive director of Center for Civilians in Conflict in Washington. "We're concerned that as more countries gain access to armed drone technology, it's more likely that drones will be used as a first response in conflicts and more likely civilians will pay the price."

The Bureau of Investigative Journalism said the administration's number is a fraction of the 380 to 801 civilian deaths it has tallied. It records such deaths on the basis local and international journalists' reports, advocacy organizations, leaked government documents, court papers and field investigations. The London-based group credited the administration's release as a welcome step toward greater transparency, but said more information on specific strikes was needed to reconcile different assessments.

President Barack Obama also issued an accompanying executive order calling on his administration to issue yearly reports on the civilian death toll outside of areas of active hostilities. U.S. agencies are also now required to act in a uniform manner to avoid civilian casualties.

"The U.S. government shall maintain and promote best practices that reduce the likelihood of civilian casualties, take appropriate steps when such casualties occur, and draw lessons from our operations to further enhance the protection of civilians," Obama wrote.

The order, however, will not automatically carry over to the next president.

White House spokesman Josh Earnest described the disclosures as an effort to provide greater transparency of the administration's worldwide campaign against terror groups.

"The president believes that our counter-terrorism strategy is more effective and has more credibility when we're as transparent as possible," he told reporters.

He said strikes in Afghanistan, Iraq and Syria are not included in Friday's accounting because the Pentagon regularly discloses its understanding of those strikes.

"When there are counterterrorism operations carried out not by the Department of Defense, there was not an established mechanism for reporting the outcome," he said. "That is what is being established today, and that's what will be reported for the first time today."

The CIA also carries out airstrikes.