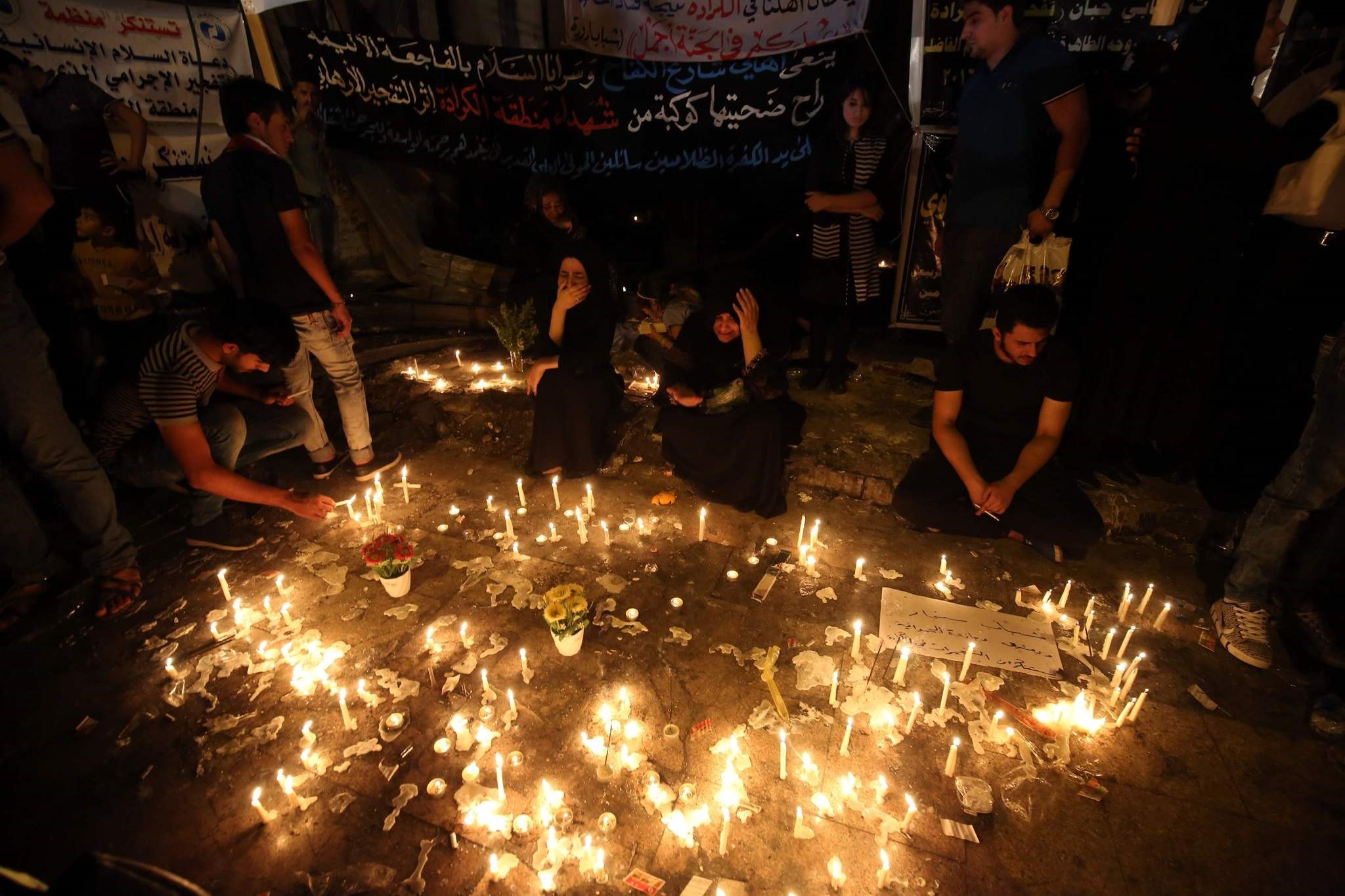 Iraq's interior minister submitted his resignation on Tuesday as authorities sought to contain the fallout from a bombing in Baghdad that killed more than 200 people and triggered widespread anger.

Officials, apparently seeking to shore up their image after the attack claimed by Daesh, had already announced new security measures, the execution of five convicts and the arrest of 40 extremists.

The suicide car bombing ripped through Baghdad's Karrada district early on Sunday when it was teeming with shoppers ahead of the holiday marking the end of the Muslim fasting month of Ramadan, sparking infernos in nearby buildings.

The death toll from the Baghdad bombing has risen to 250, the Health Ministry said early Wednesday.

"I placed my resignation before the prime minister," Mohammed Ghabban told a news conference, though it was unclear if it would be accepted, and he may yet stay in office.

Ghabban said the explosives-rigged car came from Diyala province north of Baghdad, meaning it likely successfully navigated a security checkpoint on the way into the capital.

He described as "absolutely useless" the checkpoints that are littered throughout capital, which have long been a pillar of government efforts to secure the city.

Ghabban called for a series of changes, including transferring responsiblity for the capital's security from the Baghdad Operations Command to the interior ministry, that would ultimately increase the minister's power.

Prime Minister Haider al-Abadi announced changes to security measures following the blast, including scrapping fake bomb detectors that were still in use years after the man who sold them to Iraq was jailed for fraud in Britain.

Authorities also hailed the arrest of 40 extremists who were said to be connected to planned attacks, while the justice ministry announced the execution of five convicts, linking the timing to the Baghdad blast.

As Iraqi politicians manoeuvered to contain the fallout from the bombing, family and friends were still waiting to learn the fate of the missing.

Health Minister Adila Hamoud told AFP on Sunday that of the 250 people killed in the bombing, DNA testing would be required to identify more than half.

She said 150 bodies "required DNA testing and matching with the families of the victims" because they had been burned by the fire that followed the blast.

Hamoud did not specify how many had been identified so far, but said the process was expected to take between 15 to 45 days.

The delays have angered relatives, some of whom, including a man named Yadullah Mahmud, confronted the health minister as she visited the forensics department in Baghdad responsible for identifying the victims.

Mahmud, who lost six relatives in the bombing, said the family had brought what he believes are ashes of the victims to the morgue.

"We aren't able... to identify them, but there are clues" such as mobile telephone SIM cards, rings and clothes they were wearing, he said.

A stretcher piled with ashes, some of which had spilled over the side onto the blood-streaked floor, sat near the door inside the morgue.

Iraqis have turned out to donate blood to help the victims of the blast, and around two dozen people were doing so at the country's national blood bank on Tuesday.

"The number of donors for the last three days has reached 3,800," said Yaqub al-Mussawi, the director of the blood bank.

Ahmad Abbas, who reclined in a blue chair as he donated blood, said he did not come because of a specific person, but rather because Iraqis were in need.

"What matters is that he is Iraqi and he needs it," Abbas said.

"A drop of blood from me might help in a small way."