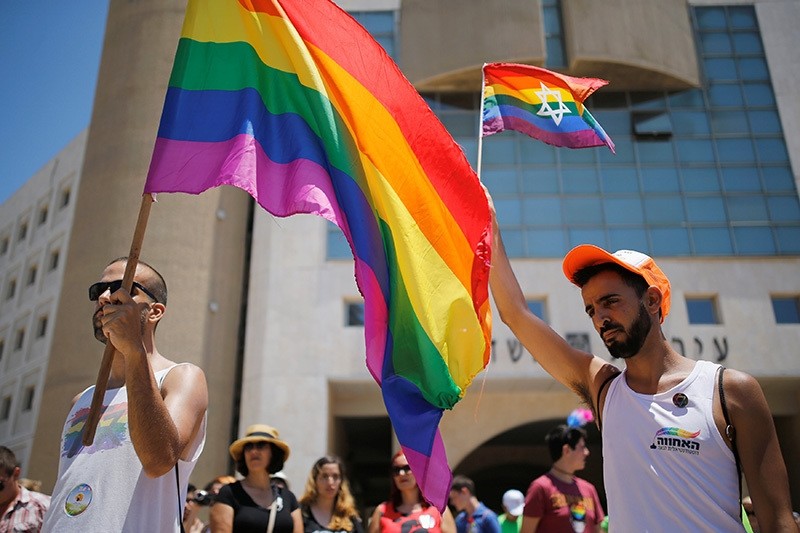 Revelers observe a minute's silence in memory of the victims of the Pulse gay nightclub shooting in Orlando, Florida, during a gay pride parade in the southern city of Ashdod, Israel, June 17, 2016. (Reuters Photo)
by Associated Press Jul 14, 2016 12:00 am

Gay activists have canceled what was to be the first gay pride march in the Israeli city of Beersheba after Israel's Supreme Court restricted the event's route due to concerns of violence.

Organizers sought to march down a main thoroughfare in the city on Thursday but the court said police intelligence assessments indicated the possibility of violence. It said there could be life-threatening violence against participants, and also that participants could contribute to violence in an effort to defend themselves.

The court suggested the participants march along an alternative route but organizers declined, saying that would "hide" them.

Organizers instead say they will hold a protest rally in the city later on Thursday.