Two million at risk of coming under total siege in Syria's Aleppo: UN 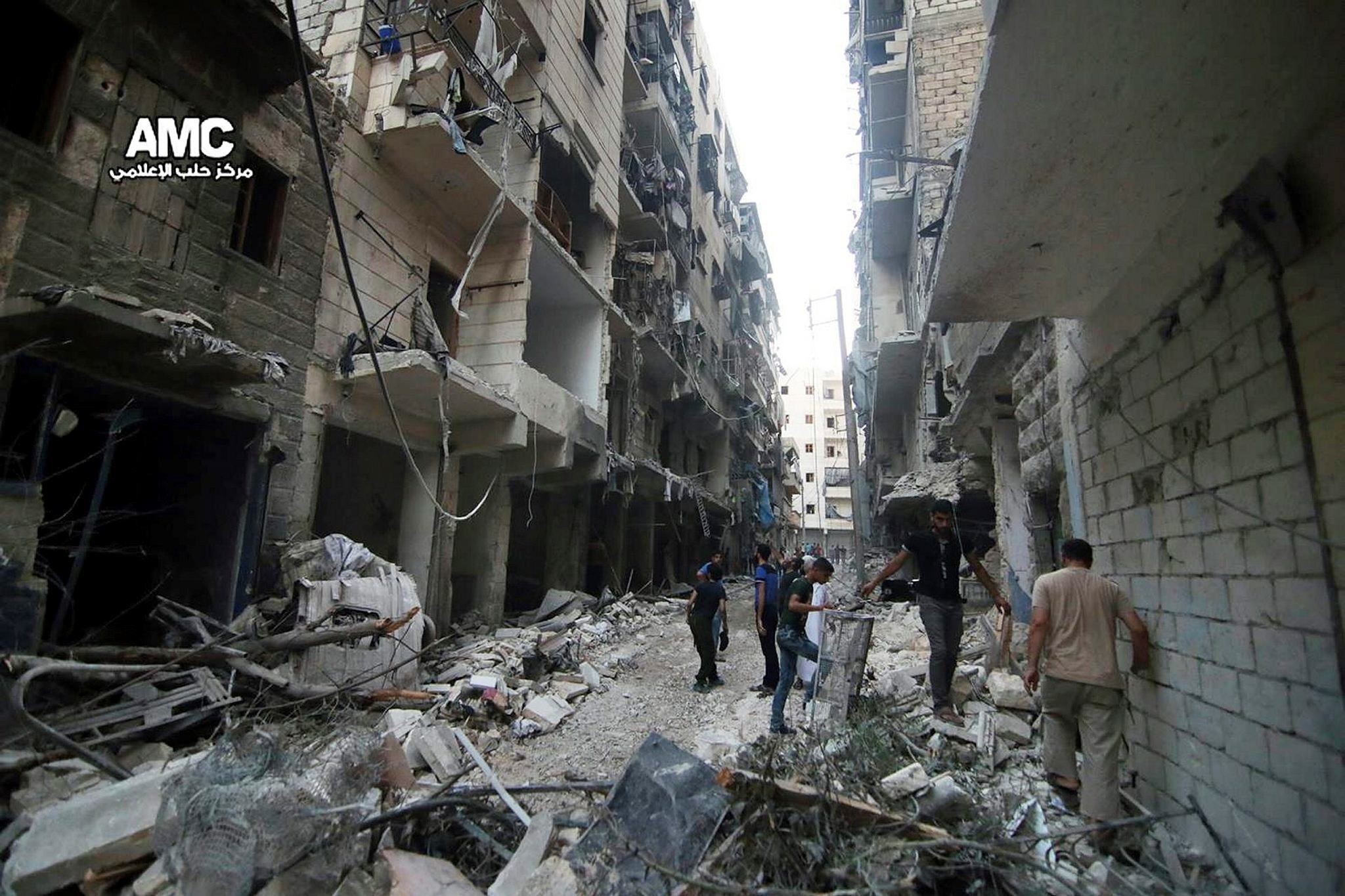 More than two million people in Syria's Aleppo are in danger of coming under total siege, the United Nations has warned, calling for immediate access to the heavily bombed city.

In a statement on Monday, the UN's top humanitarian official in Syria, Yacoub El Hillo, and regional coordinator Kevin Kennedy called for a "humanitarian pause".

Two million people in the city are living in fear of besiegement, including up to 275,000 people trapped in east Aleppo, the statement said.

The fighting in Aleppo is reported to have killed at least 130 civilians since the end of July, and has damaged hospitals, clinics, and the city's power and water networks.

"The UN stands ready to assist the civilian population of Aleppo, a city now united in its suffering," the statement read.

"At a minimum, the UN requires a full-fledged ceasefire or weekly 48-hour humanitarian pauses to reach the millions of people in need throughout Aleppo and replenish the food and medicine stocks, which are running dangerously low."

Fighting in Aleppo, Syria's former economic powerhouse, flared in late June when government forces closed in on the Castello Road, the last route into rebel-held parts of the city.

The road was severed in mid-July, sparking food shortages and skyrocketing prices in the eastern districts.

Each side has used their newly acquired territory to bring food and other supplies into neighbourhoods of the city they control, but the roads are still not safe for civilians to use.

"When used to intentionally deprive people of food and other items essential to their survival, siege tactics constitute a war crime," the UN statement said.

More than 290,000 people have been killed since Syria's conflict erupted in March 2011.