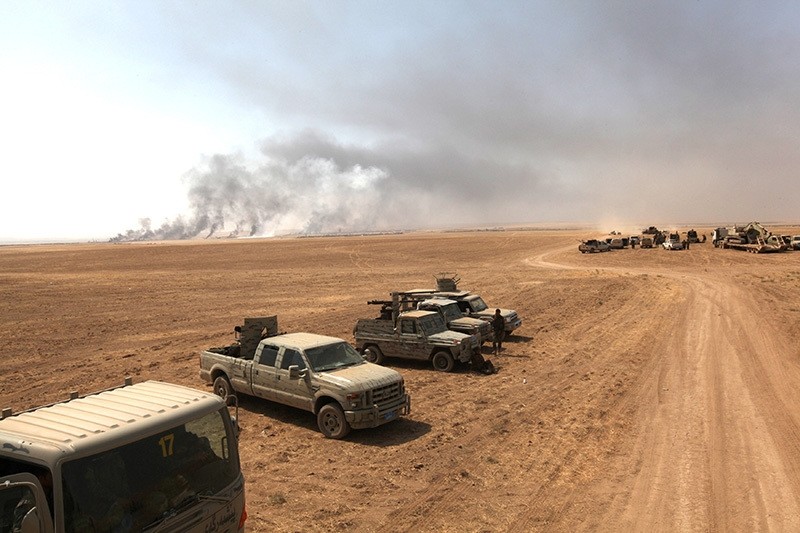 Iraqi Kurdish forces on Monday wrapped up a two-day offensive during which they took several positions from the Daesh group near its Mosul bastion, officials said.

The peshmerga forces had launched the assault on Sunday to retake villages in the Nineveh plain between Mosul, the terrorist group's last major Iraqi stronghold, and Arbil, capital of the autonomous Kurdish region.

Colonel Chris Garver, a Baghdad-based spokesman for the US-led coalition fighting Daesh in Iraq and Syria, said coalition advisers had been helping peshmerga forces in an advisory role on the ground.

"The coalition is providing support to the peshmerga operation, which is designed to expand the lines of communication south of Mosul and to deny ISIL freedom of mobility," Garver said, using an Daesh acronym.

Coalition warplanes had been providing air support but as of Monday morning no strikes were called in, he added, describing the peshmerga advances as "shaping operations" for the eventual push on Mosul.

The head of the Kurdistan Region Security Council, Masrour Barzani, said on social media that the advance would "tighten the grip around ISIL's (Daesh) stronghold Mosul".

The recently retaken areas are 30 to 40 kilometers' (18 to 25 miles) southeast of Mosul, Iraq's second city and the only major urban center in the country that IS still controls.

The peshmerga command said 130 IS members were killed in the operation, but did not provide casualty figures for its own ranks.

A senior officer, speaking on condition of anonymity, had told AFP that at least seven members of the Kurdish forces were killed on Sunday.

A journalist working for local satellite channel Kurdistan TV was also killed when a mortar round struck the peshmerga convoy he was travelling in on Sunday.

Iraqi forces retook the Daesh's bastion of Fallujah, 50 kilometers (30 miles) west of Baghdad, in June, and Mosul is the next major target for the myriad forces battling Daesh in Iraq.

The latest Kurdish advance east of Mosul is part of shaping operations that have been taking place on several fronts for weeks.

Federal forces have also been working their way northwards up the Tigris river valley in a bid to set up bases around Mosul and start tightening the noose around Daesh's last major bastion.

Iraqi Prime Minister Haider al-Abadi has vowed to retake Mosul and rid the country of Daesh by the end of 2016.