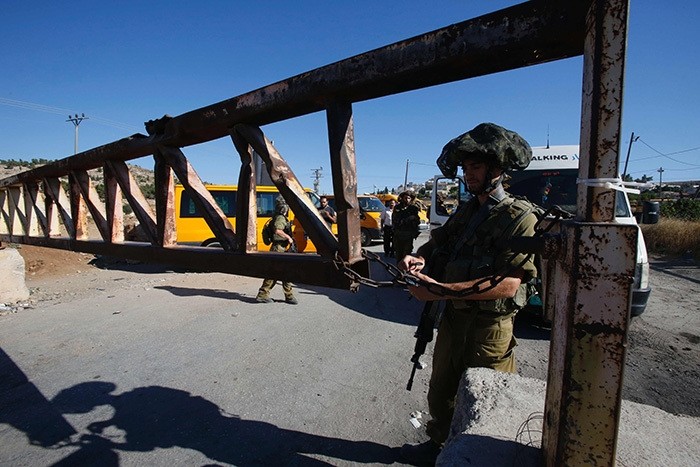 Groups of residents threw stones at soldiers, who were at the refugee camp to conduct a weapons search, according to the Israeli army. The soldiers responded by using riot dispersal methods, including tear gas, and firing .22-calibre rounds.

At least five Palestinians were taken to a local hospital in Yatta for their injuries, the official Palestinian Wafa news agency said.

An ambulance transporting a young man who had been seriously injured in the scuffles was allegedly stopped by Israeli forces from leaving the camp for about an hour, the Maan agency said, citing locals.

The Fawwar camp has seen its population triple from its establishment in 1949 to about 9,500 residents, according to the UN agency responsible for Palestinian refugees. Camp lockdowns and other restrictions lead to tensions between Israeli forces and residents.