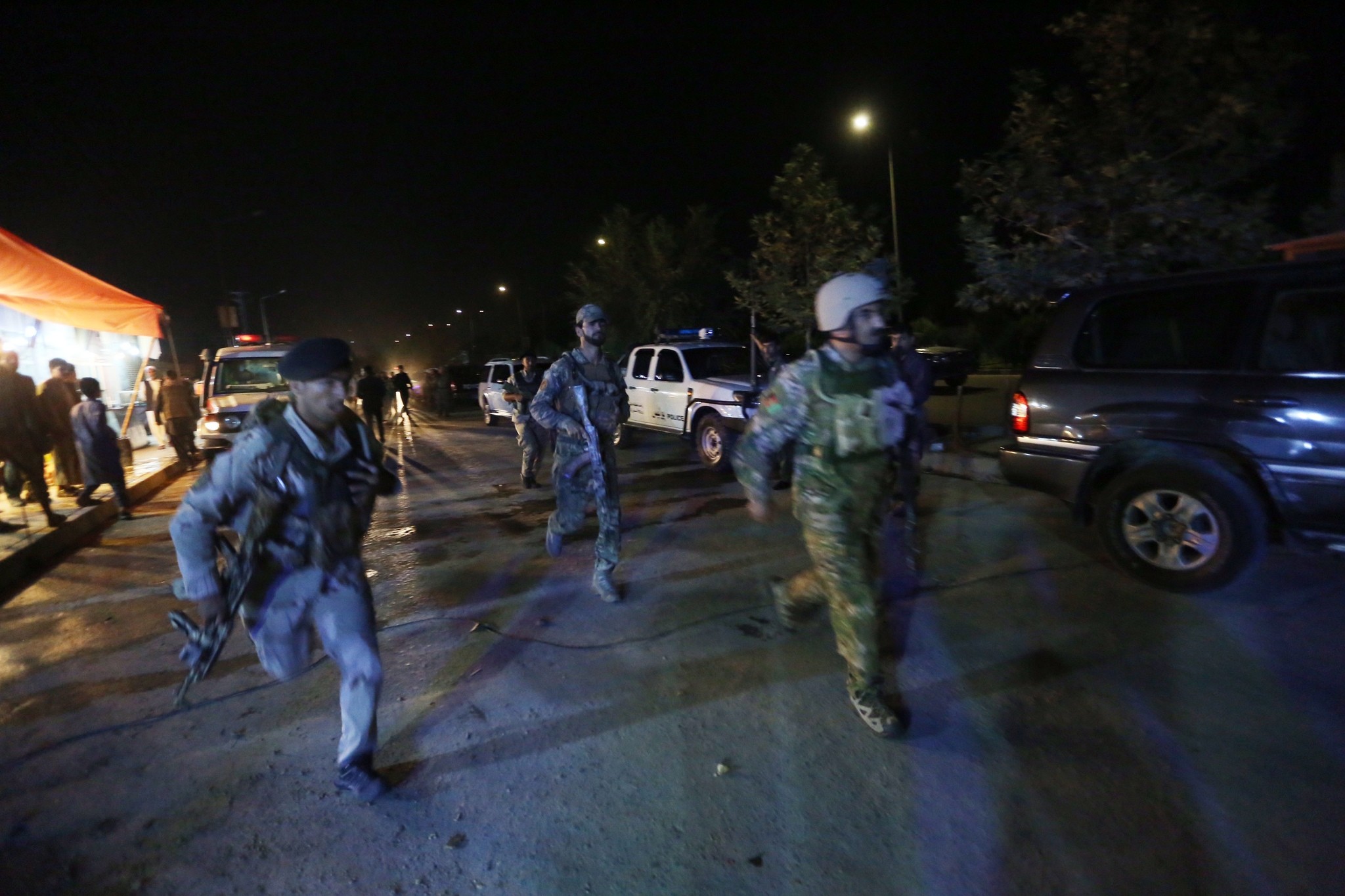 Afghan security forces rush to respond to a complex Taliban attack on the campus of the American University in the Afghan capital Kabul on Wednesday, Aug. 24, 2016. (AP Photo)
by Daily Sabah with Wires Aug 24, 2016 12:00 am

Explosions and gunfire rocked the campus of the American University of Afghanistan in Kabul on Wednesday in an attack by Taliban militants, trapping students inside the classrooms. The head of the city's hospitals Mohammad Saleem Rasouly said that one student was killed and 14 others were wounded in the attack.

"Several gunmen attacked the American University in Kabul and there are reports of gunfire and explosions," an Afghan interior ministry official said. "They are inside the compound and there are foreign professors along with hundreds of students."

Ahmad Shaheer, a student at the university, told Reuters by telephone that he was trapped inside the university as other witnesses confirmed that they had heard explosions and automatic gunfire.

"We are stuck inside our classroom, I heard explosions and gunfire is going on close by," he said.

"We are trying to assess the situation," said President Mark English.

Police spokesman Sediq Sediqqi said the police and intelligence agency personnel are at the campus, on the western outskirts of Kabul. He says police believe there is just one assailant.

The attack comes two weeks after two university staff were kidnapped from their car by unknown gunmen. Their whereabouts are still unknown.