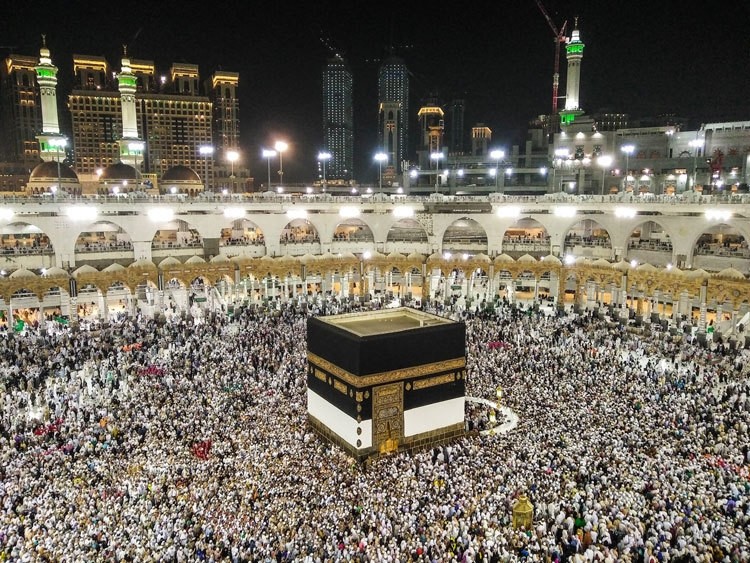 Nearly 170 Indonesians who were arrested at a Manila airport after being caught with Philippine Hajj passports returned home Sunday, among them an elderly couple who had sold a hectare of farmland to pay for the Muslim pilgrimage.

The 168 nationals were repatriated after Philippines authorities cleared them for deportation Friday, but kept nine others in custody for further investigation.

Indonesia's ambassador to the Philippines, Johny Lumintang, accompanied the deported pilgrims to an airport in Makaasar, the capital of South Sulawesi, where 110 of them were dropped off.

"The pilgrims were placed in detention by Philippines Immigration... We are grateful to be able to return them to their home country," he was quoted as saying in the province by detik.com.

He said that scores of Indonesians become victims of fraud syndicates that offer them opportunities to travel to Saudi Arabia by using the unused Hajj quota allocated for the Philippines.

As the recipient of the largest Hajj quota, Indonesia -- the world's most populous Muslim country, with a population of around 256 million -- sends around 200,000 pilgrims to Mecca and Medina every year for the largest annual gathering of people in the world.

Each Indonesian pilgrim must pay a deposit of around $2,500 and there are currently more than 2 million Indonesians on the waiting list, prompting some to seek alternatives to registering for the Muslim pilgrimage from the archipelago.

Residents of South Sulawesi experience the longest queue of up to 32 years.

Philippine officials confirmed earlier that the 177 Indonesians arrested Aug. 19 were carrying genuine Philippine Hajj passports believed to have been acquired through "fraudulent means" in exchange for $6,000-10,000 each.

A niece of a married couple, both 70-years-old, told detik.com that her aunt and uncle had sold one hectare of their farmland and paid 250 million rupiah (around $19,000) to a local travel agency to go on pilgrimage.

"We did not know about the process until they were registered. Suddenly we were told they would be leaving for Hajj," Nurhaedah, who like many Indonesians uses only one name, said while greeting the couple at Makassar's Sultan Hasanuddin International Airport.

She expressed her happiness that the Philippines government had released her aunt and uncle, but sadness that their pilgrimage had been canceled.

Indonesian national police chief Gen. Tito Karnavian said officials had compiled a list of some names involved in the fraud syndicate that included Indonesians and at least one Malaysian national.

"I heard that there was involvement of a Malaysian," kompas.com quoted him as saying.

Following the scandal, the Philippines suspended the issuing of Hajj passports to pilgrims travelling to Saudi Arabia pending the outcome of an investigation.