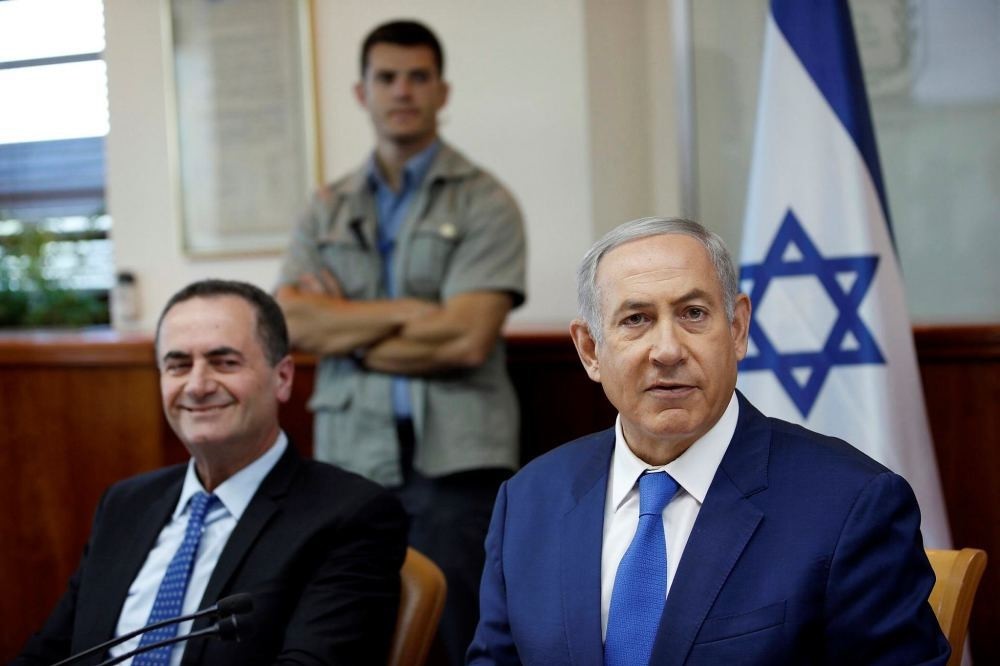 The Israeli government has been under the influence of ultra-Orthodox ministers who demand the halt of train services on the day of Sabbath. As a result, as many as 150,000 passengers could not use trains, causing heavy traffic jams across the country

Politics and religion combined on Sunday to halt much of Israel's train service at the start of its working week. Bowing to demands by ultra-Orthodox partners in the governing coalition, Prime Minister Benjamin Netanyahu ordered rail maintenance suspended on Saturday, the Jewish Sabbath, when work is ritually forbidden, and found himself widely blamed for a transportation snarl-up a day later. The cancellations affected 150,000 passengers out of a daily total of 213,000, the country's rail company said, leading to replacement shuttle buses and gridlock on roads. With a section of track north of Tel Aviv dismantled for repairs just before the Sabbath began on Friday evening, the national railway stopped most services on Sunday so the work could be completed. That left thousands of commuters, including soldiers heading back to base after weekend leave, scrambling for seats on replacement buses and Netanyahu laying the blame on his transport minister, a rival in his right-wing Likud party. Road traffic was heavier than usual.

It was all, Israeli media commentators said, avoidable and the product of petty politics. "The Haredim (ultra-Orthodox), as far as Netanyahu is concerned, come before everything else," columnist Ben Caspit wrote in the Maariv newspaper, referring to a desire to keep intact a coalition alliance with religious parties. Netanyahu's coalition, which includes 13 legislators from three ultra-Orthodox parties, controls 66 of parliament's 120 seats. For decades, a delicate balance between modern-day life and religious observance has been maintained by a status quo between Israel's secular majority and a Jewish Orthodox minority. Under that arrangement there is largely no bus or train service in Jewish cities and villages on Saturdays, but maintenance work has been routinely allowed.

In recent weeks, however, ultra-Orthodox political leaders have faced criticism on Twitter and in religious newspapers over the issue of railway repairs on the Sabbath as pressure mounted on them to challenge the government. Transport Minister Yisrael Katz had insisted the work continue, but Netanyahu stepped in a week ago to limit its scope and then halt it completely on Saturday. "Had Netanyahu only put his foot down and pounded on the desk (ultra-Orthodox politicians) would have capitulated ... Things are good for them," popular Israeli commentator Nahum Barnea wrote in the Yedioth Ahronoth daily. A statement issued by the Prime Minister's Office accused Katz, who has been locked in a power struggle with Netanyahu, of having initiated the crisis with the religious community "in order to damage (Netanyahu's) public image". Katz has made no public comment. Taking his usual seat next to Netanyahu at the weekly cabinet meeting on Sunday, he was stone-faced as the prime minister admonished him in front of cameras. "Ministers are appointed to resolve crises, not create them," Netanyahu said.

Repair work instead began after Sabbath ended, with the trains set to run again on Sunday evening. Soldiers set to return to their bases after the weekend were reportedly among those affected by the cancellations, with special buses arranged for their transport in response. Several hundred people protested over the cancellations in Tel Aviv and Haifa on Saturday, local media reported.
RELATED TOPICS